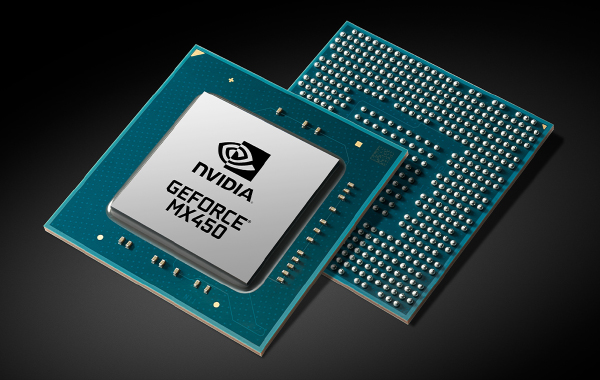 NVIDIA has just announced the GeForce MX450, a new entry-level GPU that will be used for thin and light notebooks.

Unfortunately, NVIDIA didn't share much details about the new chip. The only things we can confirm for now is that it will support the fast PCIe 4.0 interface and also GDDR6 memory.

Other reports say that it is based on NVIDIA's newer Turing architecture, based on the fact that only Turing-based GPUs support GDDR6. However, the GeForce MX450's official specs page on NVIDIA's website only lists support for GDDR5.

Perhaps there will be two variants of the GeForce MX450? It's hard to say for sure.

Personally, I'm interested to see how this will match up against Intel's much-hyped new Xe graphics which will launch with its Tiger Lake chips later this year.