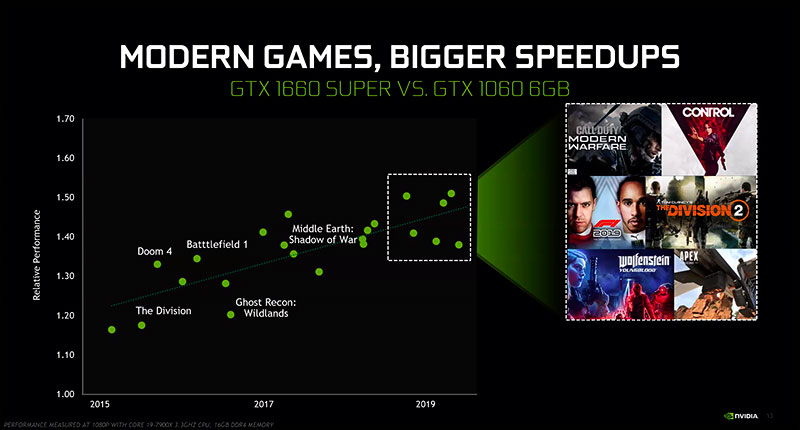 NVIDIA today announced the GeForce GTX 1650 and 1660 Super graphics cards, the latest additions to its line-up of Super cards. The company first introduced its Super cards with its GeForce RTX series, but it's now bringing that mid-generation upgrade to its entry-level and mainstream GPUs.

The GeForce GTX 1650 and 1660 Super are getting faster GDDR6 memory running at 12,000MHz and 14,000MHz respectively. That should provide a nice boost to memory bandwidth and help the cards deal with the increasingly complex shaders and textures in modern games. According to NVIDIA, the GeForce GTX 1650 Super was designed for 1080p gaming, while the GeForce GTX 1660 Super should be able to handle resolutions up to 1440p.

And while the GeForce GTX 1650 still used the older Volta NVENC encoder, the GeForce GTX 1650 and 1660 Super use NVIDIA's new Turing NVENC encoder, which is 15 per cent more efficient at H.264 encoding and 25 per cent better at H.265. In addition, NVIDIA says you should get sharper texts and more detailed textures on stream. This can also be achieved by using the CPU to encode, but it requires a high-end model and takes resources away from the game.

Here's an overview of the specifications of the new cards: 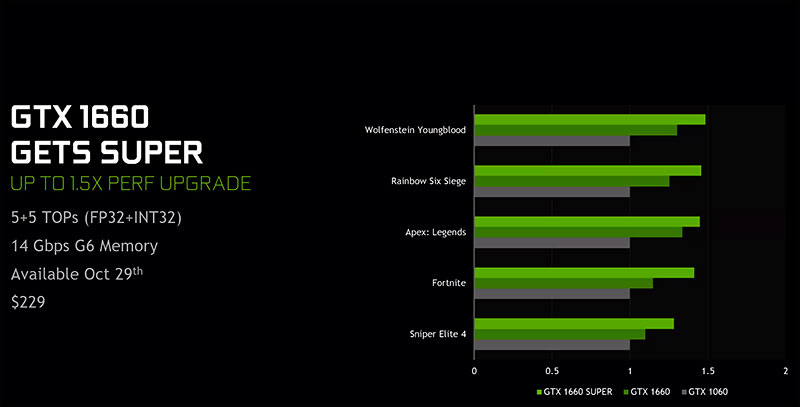 Similarly, the GeForce GTX 1650 Super is said to be around twice as fast as the three-year-old GeForce GTX 1050. 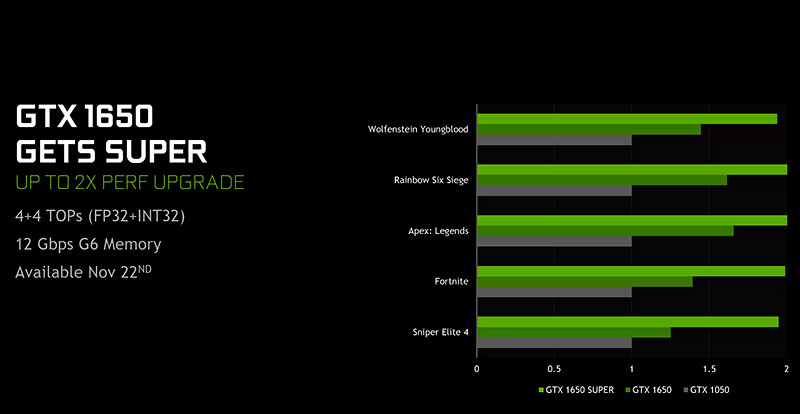 The new GeForce GTX Super cards will also be able to take advantage of the new features NVIDIA introduced in its latest Game Ready Driver, such as an improved image-sharpening filter in the NVIDIA Control Panel and an updated Ultra Low Latency mode that now supports G-Sync.

Join HWZ's Telegram channel here and catch all the latest tech news!
Our articles may contain affiliate links. If you buy through these links, we may earn a small commission.
Previous Story
Some Sony TVs in other countries have accidentally gotten the Apple TV app (Update: Sony says the app isn't launched yet)
Next Story
Overwatch 2 artwork featuring Echo leaks through Blizzard store