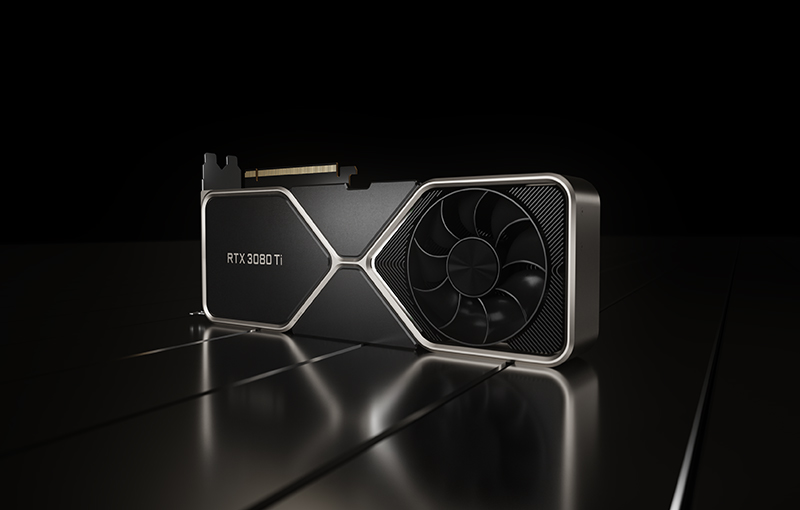 NVIDIA has announced not one but two new additions to its Ampere-based RTX 30-Series graphics cards: the GeForce RTX 3080 Ti and RTX 3070 Ti. The RTX 3080 Ti has been rumoured for a while and you could say was even expected by the wider tech community, but the RTX 3070 Ti reveal was a pretty surprising one. 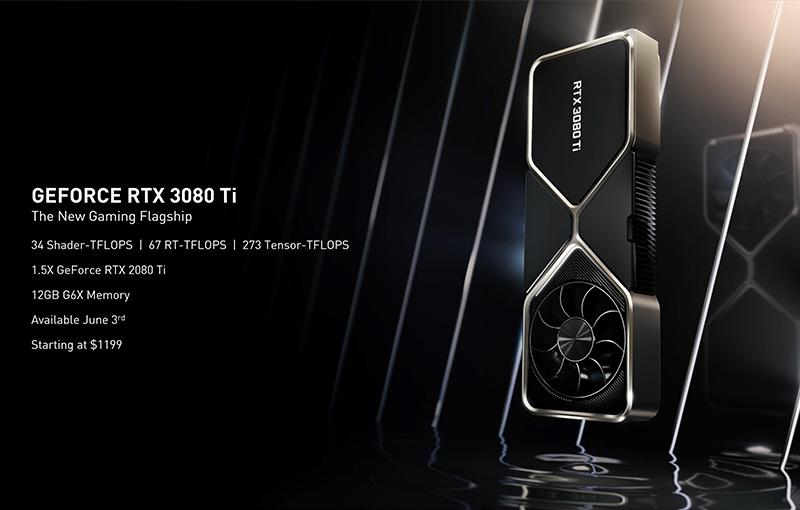 At a glance, the RTX 3080 Ti Founders Edition looks like adoppelganger of the older RTX 3080 but it's the insides that distinguishes itself from the RTX 3080 with more of everything: more memory (12GB GDDR6X versus 8GB on the original RTX 3080) and more cores everywhere. The new flagship has 80 RT cores, 10,240 CUDA cores and 320 Tensor cores. To give it the 3080 moniker is a bit misleading, because specifications wise it's a huge leap over the RTX 3080 and actually a lot more closer to the RTX 3090's - including the hefty 350W TGP. The exception here is the amount of memory, with the RTX 3090 sporting a larger 24GB. Yet calling it an RTX 3090 Lite would have gone against traditional NVIDIA marketing norms, I supposed. 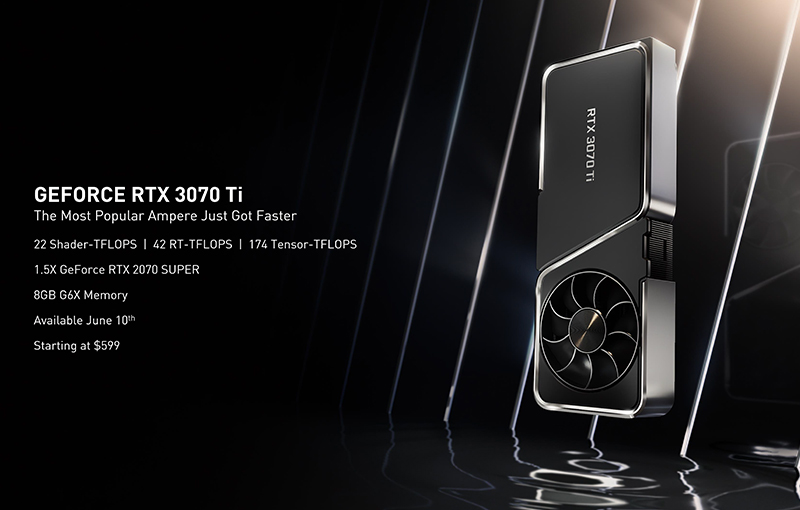 The GeForce RTX 3070 Ti Founders Edition on the other hand, sports a visibily different design to the vanilla RTX 3070 - adopting a cooling solution similar to the RTX 3080 and RTX 3080 Ti Founders Edition. But its specifications are closer to the RTX 3070 with one key difference. It uses GDDR6X memory instead of GDDR6, thus giving the card significantly better memory bandwidth despite having the 8GB capacity.

It goes without saying that both cards will also come with all the RTX bells and whistles, including ray-tracing, DLSS 2.0 and Reflex technologies. Speaking of DLSS, NVIDIA also announced that Red Dead Redemption 2 will finally support DLSS in a future patch, which is quite a big deal as the game can be punishing to run even on a GeForce RTX 3090 at maximum settings.

The RTX 3080 Ti and RTX 3070 Ti Founders Edition graphics cards as well as those from partners will be available from 3 June and 10 June respectively; with the RTX 3080 Ti FE available for US$1,199 and the RTX 3070 Ti FE at US$599. Actual availability and pricing at retail is obviously going to differ. The reality is that a global chip shortage has pushed GPU prices up, no thanks in part to the explosion in crypto mining growth.

As it is, it is still extremely difficult to get a hold of existing RTX 30-Series cards since their launch last year. So don't expect to be able to get your hands on these new cards easily as well.

Join HWZ's Telegram channel here and catch all the latest tech news!
Our articles may contain affiliate links. If you buy through these links, we may earn a small commission.
Previous Story
Another report suggests OLED iPad models are launching in 2022
Next Story
Army of the Dead has become one of Netflix's top 10 most-watched movies to date