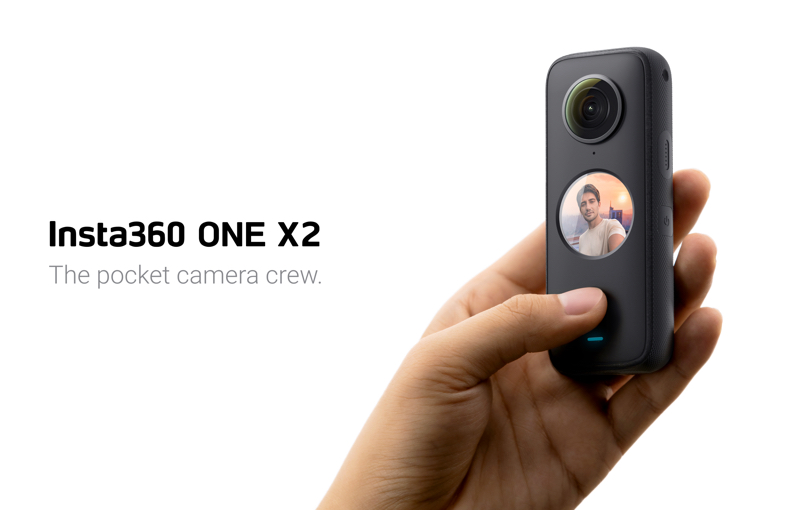 I’ll admit, I used to think that devices that shot 360° were a solution looking for a problem to solve. But having seen an increasing number of posts in social media where 360° photos and videos have helped to carry the story and convey the emotion needed changed my mind.

Replacing the Inst360 One X launched a few years ago, the new Insta360 One X2 adds a full-colour touchscreen, longer battery life, 5.7K 360 video, waterproof to 10m with IPX8 water resistance, and AI-powered editing tools into a pocket-sized, one multi-camera rig. It starts with a 1,630mAh battery so you can now shoot up to 80 minutes and the Invisible Selfie Stick that reappears as needed to help you capture aerial angles without a cameraman or drone. You can also make it disappear in your edit, keeping you the centre of your own story.

Next are video enhancements.

Select your target with a tap or voice command while shooting. Then head to the app or Studio, where the upgraded Deep Track algorithm can track humans, animals and other moving objects, keeping your target in the middle of the frame, no matter the obstacle.

Auto Frame combs footage and reframes shots to find the highlights. Improved video recommendations and a new photo algorithm can find the perfect shot in seconds.

The TimeShift hyperlapse feature is available for both 360 and Steady Cam shots. Adjust the playback speed while reframing a shot in any direction or leave it to the AI.

A tap in a video’s speed settings will add a Freeze Frame to slow the video down to a standstill and reframe the angle at the height of the action.

Record sound and voice from no matter that angle with four mics that can hone in on any voice no matter how users hold the camera. Record stereo audio with a new smart wind-reduction algorithm or record ambisonic for a fully immersive experience. Ambisonic refers to sound effects that are captured by rare, uniquely designed microphones that house not one but four microphones pointed in different directions. 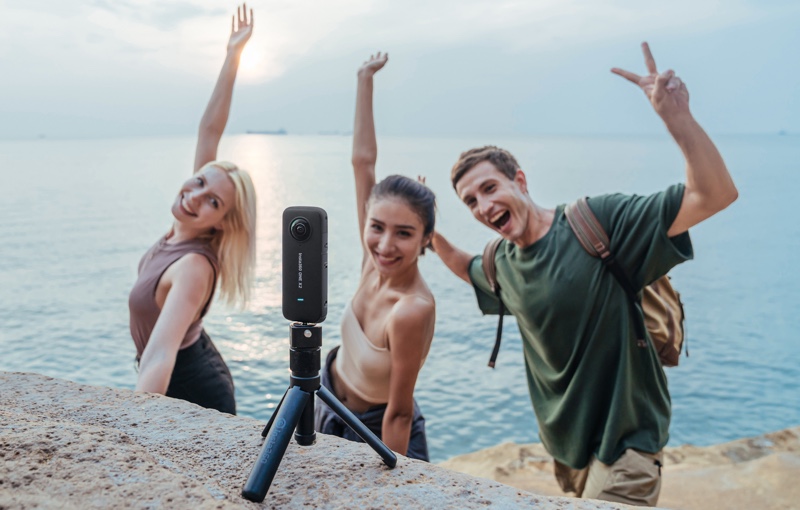 Users can also use Voice control to control shooting when the Insta360 One X2 is just out of reach. They can even connect AirPods to control the camera or record audio on the go.

And this is all viewable on the Insta360 One X2 new ultra-bright high-def touchscreen that also allows you to preview your shot in 360 degrees. New accessories are also available including a Lens Guards and a Bullet Time Cord for capturing different angled slow-motion shots.

Priced at US$429.99 (~S$587) those who wish to purchase the Insta360 One X2 can do so from Insta360's official store. We’ll update this article with local pricing and availability when we get it.

Join HWZ's Telegram channel here and catch all the latest tech news!
Our articles may contain affiliate links. If you buy through these links, we may earn a small commission.
Previous Story
The Bolide is a 1,824hp ballistic track missile from Bugatti
Next Story
Battlebrew, Mighty Bear and The Gentlebros are colliding for a three-way crossover