Nreal's AR headset looks just like a pair of sunglasses

Nreal's AR headset looks just like a pair of sunglasses 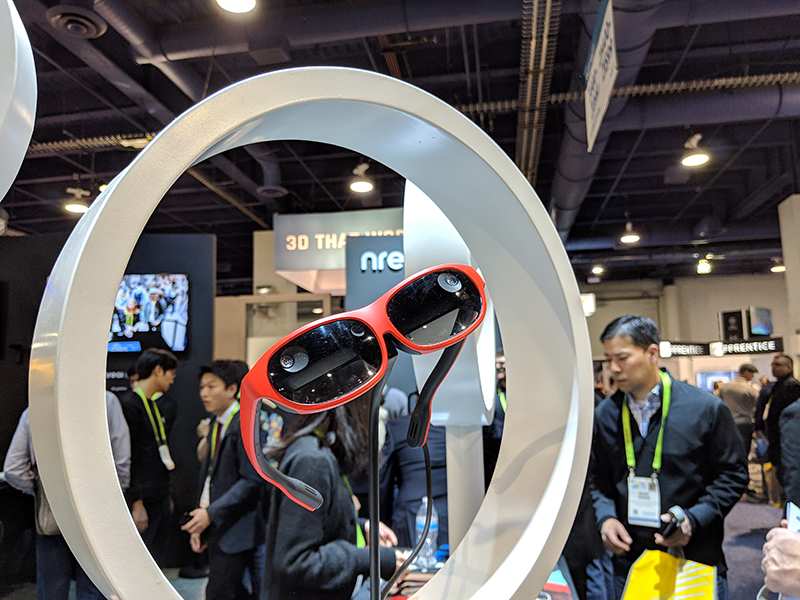 Augmented reality is one of the buzz words that you hear thrown around a lot these day, alongside things like virtual reality. It draws heavily from science fiction, and it's easy to get excited about the potential behind it. However, the technology is far from mature yet, and we're still seeing more prototypes than finished products.

That said, Chinese startup nReal has showed up at CES with a pair of AR glasses that will be available to buy later this year. That's not the most impressive part though, and nRfeal's glasses stand out largely because of how normal they look.

They look just like a pair of regular sunglasses, and if you don't look closely, you might not even notice the two cameras set into the lenses. The glasses weigh just 85g, yet they managed to hold all the necessary equipment, including sensors, cameras, and projection gear.

The cameras you see on the front carry out something called SLAM, or simultaneous localization and mapping. This lets the glasses map a scene and track objects as the wearer moves around, and is crucial to how well the projections you see interact with the environment.

In addition, it is powered by a Snapdragon 845 chip and pipes 360-degree spatial sound to you through two speakers at the sides. There are also built-in microphones for voice control features and smart assistants. nReal is providing 6DoF tracking as well, which is pretty nice. 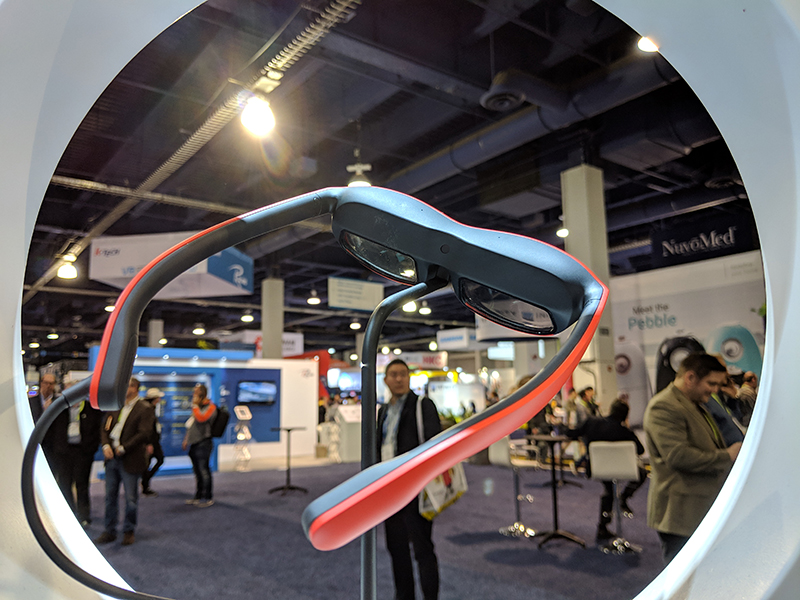 However, the glasses do still require a dedicated cable that runs to a processor pack that you can stow in your pocket. One neat trick is its compatibility with USB-C, so you can theoretically use your phone to power the glasses. Still, the company is only working with Samsung to make that work, so there's no guarantee that other devices will work with it at launch.

I had the chance to try them out briefly, and I was treated to surprisingly good visuals projected onto the CES floor. They're not realistic, but they look really crisp and high-quality. nReal says the glasses are capable of 1080p projection through both lenses and support a 52-degree field of view, which is actually wider than what the Microsoft HoloLens currently offers.

The company was co-founded by a former Magic Leap engineer, so it's perhaps not surprising that nReal is looking to challenge the Magic Leap One headset as well.

Join HWZ's Telegram channel here and catch all the latest tech news!
Our articles may contain affiliate links. If you buy through these links, we may earn a small commission.
Previous Story
Anker's new PowerPort Atom chargers are freakishly small and can charge your laptop
Next Story
Razer envisions a future where your mouse, wrist rest, and chair vibrate when you shoot in game