A month after its rivals Singtel and SuperInternet publicly launched their 10Gbps home broadband service, M1 joins in the fray to offer their own service too!

"The service has been well-received, and since then we have been conducting network and equipment testing to ensure our service is ready for our residential customers. We are pleased to extend our XGPON service’s benefits to our residential consumers,” said Mr P. Subramaniam, Chief Marketing Officer, M1.

According to M1's marketing materials, users can expect download speeds up to 8.1Gbps, but as usual, it's subjected to a number of other factors that are outside of the ISP's control.

The service plan is priced at S$189 per month for a 24-month contract period and it comes with the following entitlements:-

At the point of publishing, M1 is also offering limited time promotional perks such as:-

Customers interested in signing up for the service can do so at the following six M1 Shop outlets: Bugis, Change Alley, NEX, Paragon, Tampines, and West Mall.

But before you rush down to sign up for the service, there are several requirements that your home and system must meet in order to enjoy the 10Gb/s throughput.

You can also refer to M1's FAQ tab for more information. 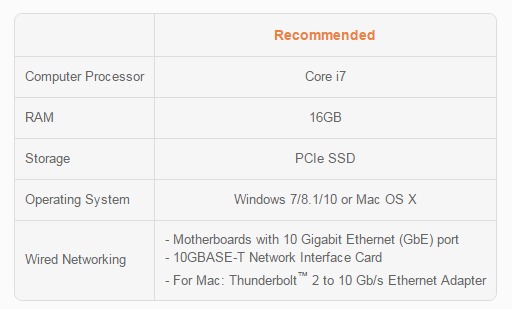 As you can see, you'll need top-end system specifications, but more importantly, to move so much data around fast enough, you'll need a PCIe SSD to unleash the 10Gb/s pipe's full potential. Well, it just so happens that we recently published a shootout of PCIe SSDs, so check it out!

Join HWZ's Telegram channel here and catch all the latest tech news!
Our articles may contain affiliate links. If you buy through these links, we may earn a small commission.
Previous Story
Apple to release a 9.7-inch iPad Pro, not the iPad Air 3 next month
Next Story
ASUS launches new stainless-steel bands for ZenWatch 2