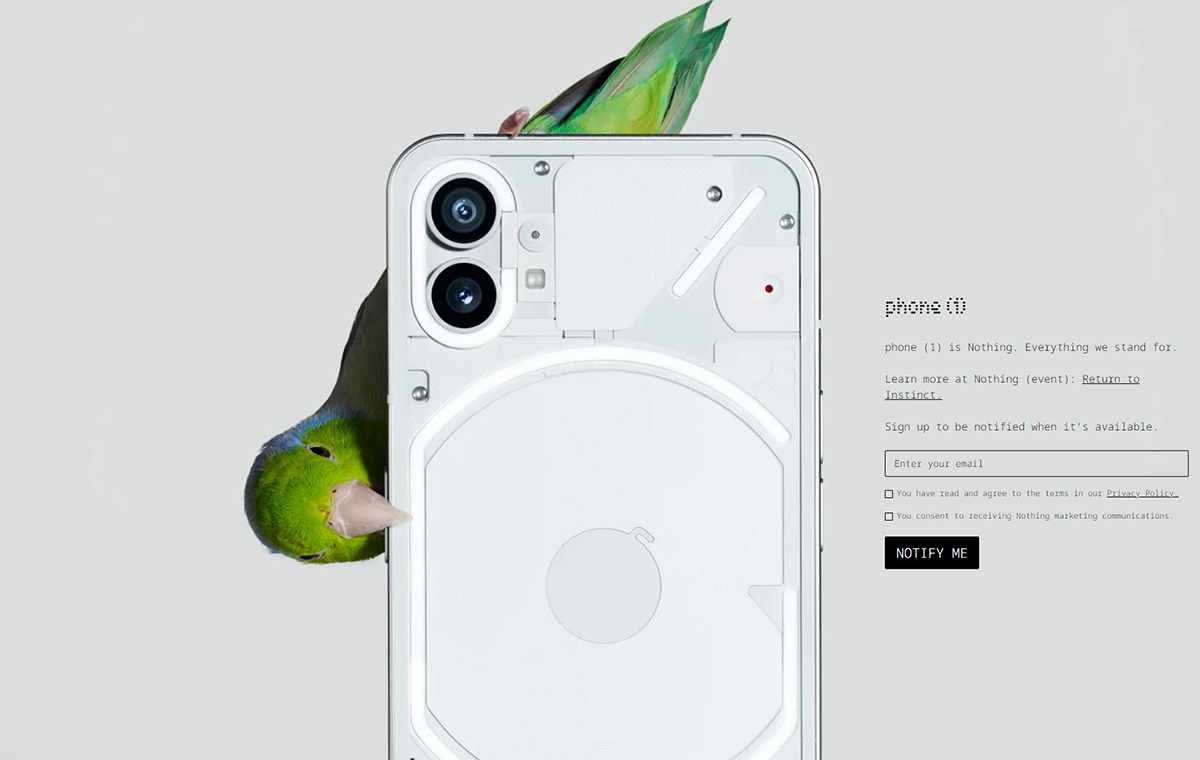 We’re finally closer to getting Nothing.

According to GSMArena, the Nothing Phone (1) team recently sent out invites to fans who’d like to join a pre-order waitlist for the highly-anticipated smartphone by ex-OnePlus co-founder Carl Pei.

To properly join the waitlist, interested parties must put down a £20 (~S$34) non-refundable deposit within 48 hours of receiving the pre-order e-mail with an invite code. This invite-only marketing style is reminiscent of OnePlus’ early phones, with the OnePlus One being an invite-only purchase and the subsequent OnePlus 2 seeing over a million reservations in its first 72 hours.

Nothing also has the Phone (1)’s pre-order page on its official website here. On a separate page, Nothing also informed users of the handset’s official announcement: 12 July 2022 at 4 PM BST (11 PM Singapore Time). The unveiling is held online, and interested folks can use this link to watch.

The interest and hype surrounding Nothing Phone (1) have stood the test of time, despite a hotly contested market (Android phones in general). Since its founder left OnePlus to create the Nothing startup in early 2021, the company took over a year to put together its first smartphone (while putting together a pair of true wireless earbuds in between).

The phone’s user interface was announced before its design and was slated for a Summer 2022 release.

Join HWZ's Telegram channel here and catch all the latest tech news!
Our articles may contain affiliate links. If you buy through these links, we may earn a small commission.
Previous Story
Rugged Apple Watch model could be branded "Pro"
Next Story
Celebrate 35 years of Final Fantasy with this UNIQLO collaborative collection