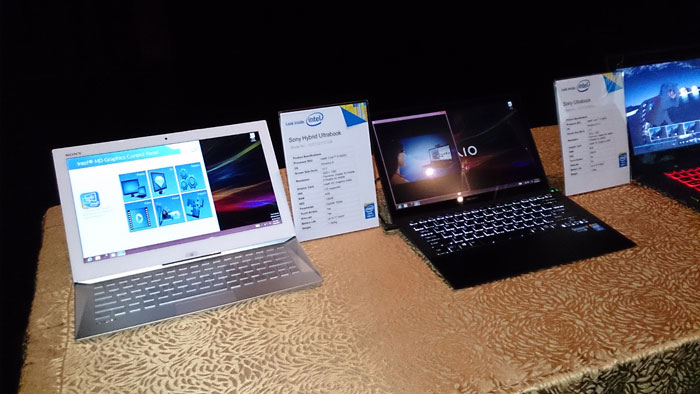 Research firm IHS stated recently in a report that notebook contract manufacturers have seen shipments drop to a three year low in the first quarter of 2013. Even though 33.2 million notebooks were shipped, it was at around 12% less than the shipment in Q1 2012, and 17% less than Q4 2012. IHS also stated that the Q1 2013 shipment numbers were four to five percent worse than what it had initially forecast.

However, according to the Investors news site, notebook shipments are expected to improve once low-power-consumption Haswell notebooks hit the stores in the later half of the year. The slim, portable, touch-enabled Ultrabooks powered by Intel's latest fourth generation "Haswell" chips -- along with Microsoft's new Windows 8.1 update and lowered license fees for 11.6-inch notebooks or smaller -- are expected to work as incentives that will get consumers buying new laptops, thus slowing the PC market's decline.

Join HWZ's Telegram channel here and catch all the latest tech news!
Our articles may contain affiliate links. If you buy through these links, we may earn a small commission.
Previous Story
Mozilla: Firefox Tablet is Coming Soon
Next Story
Linux Kernel Version 3.10 Released