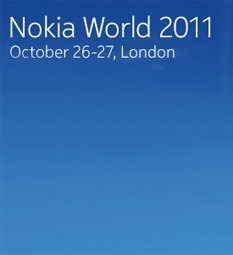 With the Windows Phone 7.5 Mango update just rolled out recently, we now have news that that the Nokia World event will be a launchpad for Nokia Windows Phones. Yes, in plural. Here's more:

Engadget - Here's a quote near the end of the interview from Andy. "Nokia will announce its rollout plans with Windows Phone, among other things. It made an evaluation early on, and saw our roadmap for this year and next year, and it decided to bet the whole company on Windows Phone based on that. We've seen that other hardware makers have seen this occurrence as an accelerant, which in turn helps both Microsoft and Nokia. I'm also excited about naming some new OEMs that will be coming onboard [with WP7]."

GSMArena has backed this piece of information up with a quote from the man himself:

GSMArena - To start the hype ball rolling, Microsoft's CEO Steve Ballmer, while giving a talk at a Web 2.0 Summit, went on sharing his anticipation about the forthcoming Nokia Windows Phone 7 phones. He went on saying that Nokia "will have a chance at their Nokia World show next week to show a bunch of new devices running Windows Phone", adding later on, "It should be pretty good".

This is my next has a slightly differing account however, mentioning that Lees has "confirmed that Nokia would show off at least one Windows Phone device next week with 'differentiating hardware and software.'"

Sources: Engadget, This is my next, GSMArena