The Nokia VR camera for professionals is priced at a hefty US$60,000

The Nokia VR camera for professionals is priced at a hefty US$60,000 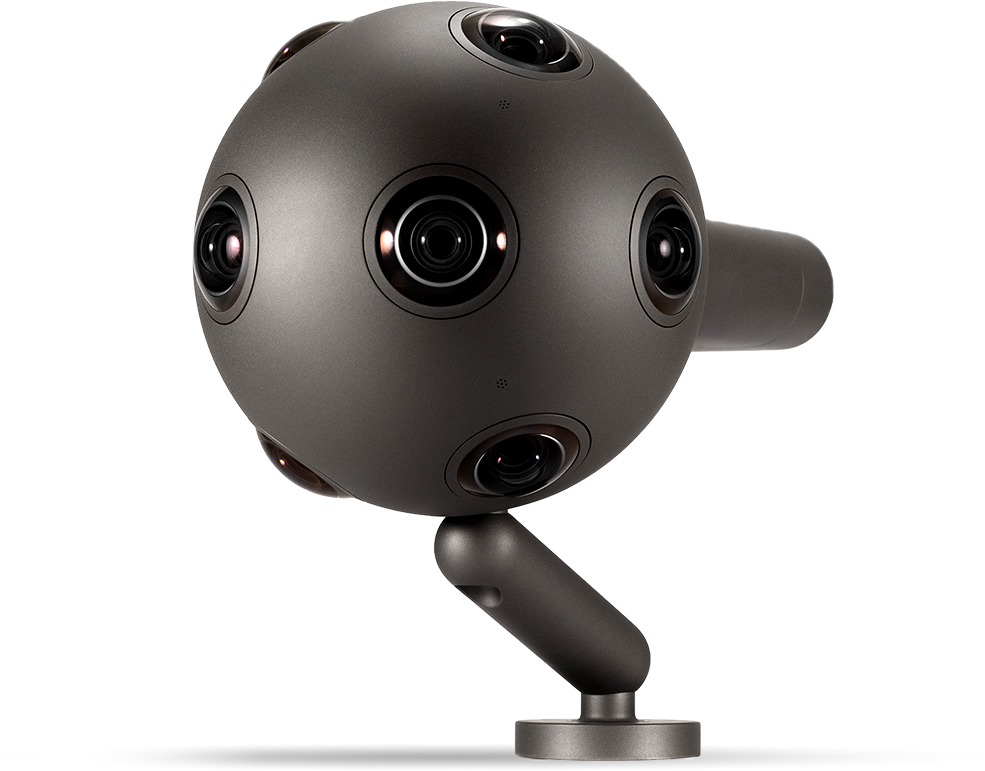 Earlier this month, Nokia revealed the commercial retail price of the Nokia OZO – a powerful Virtual reality (VR) camera designed for professional use –and the device will be going at US$60,000 (~S$84,003). And it is this pricey for a good reason.

As discussed earlier in July, the Nokia OZO will come with eight synchronized global shutter sensors for capturing stereoscopic 3D video, and another eight in-built microphones that surrounds the device. Nokia said that the OZO will provide full 3D 360 audio and video broadcast capabilities. Its latest reveal by the Finnish telecommunications company also said that the OZO comes with real-time VR monitoring - via a tablet or computer - and wireless operation (drone VR, anyone?), and live broadcast capabilities. Clearly, this VR camera is made with professional film-making in mind, and the US$60,000 price tag is what makes it worth its weight in cameras. 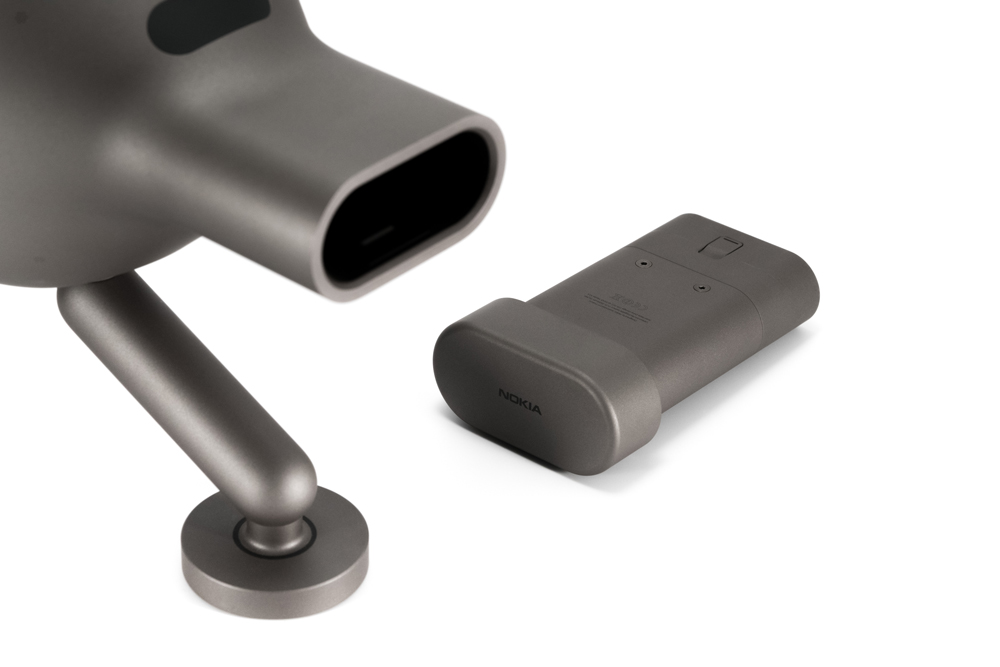 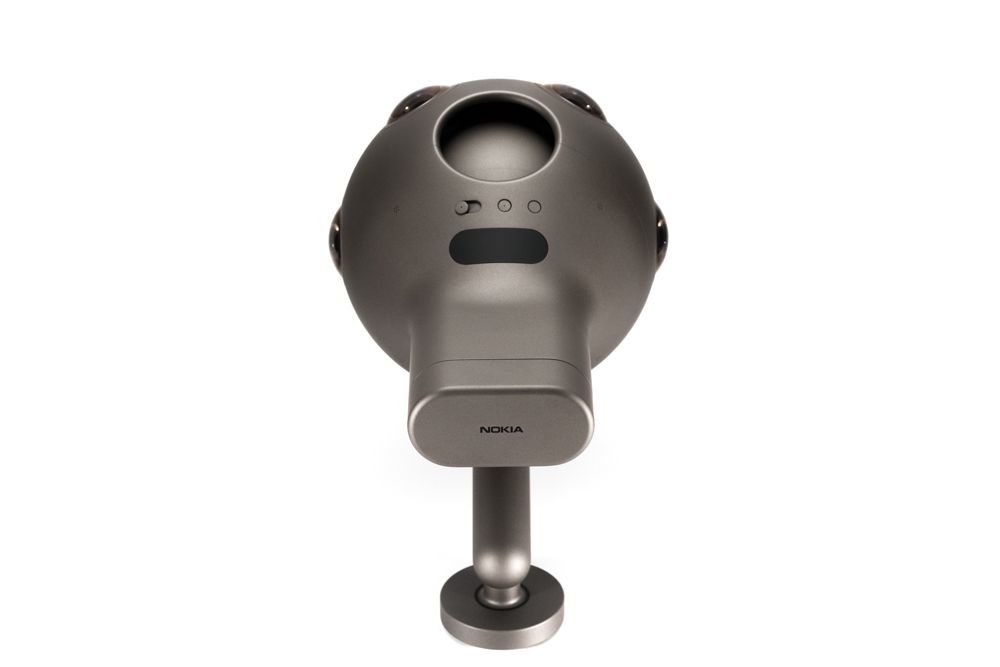 It weighs 9.3 pounds (4.2kg), and that also includes the interchangeable Digital Cartridge. The Digital Cartridge is a multi-purpose, all-in-one storage for both media and power – it has a media module with 500GB storage found on each cartridge, and each cartridge is also a lithium-ion battery that gives the OZO 45 minutes of recording. Both audio and video are captured on the same cartridge, and charging it requires a proprietary docking station. Users can buy additional units of the Digital Cartridge and the media module from Nokia's online pre-order site. 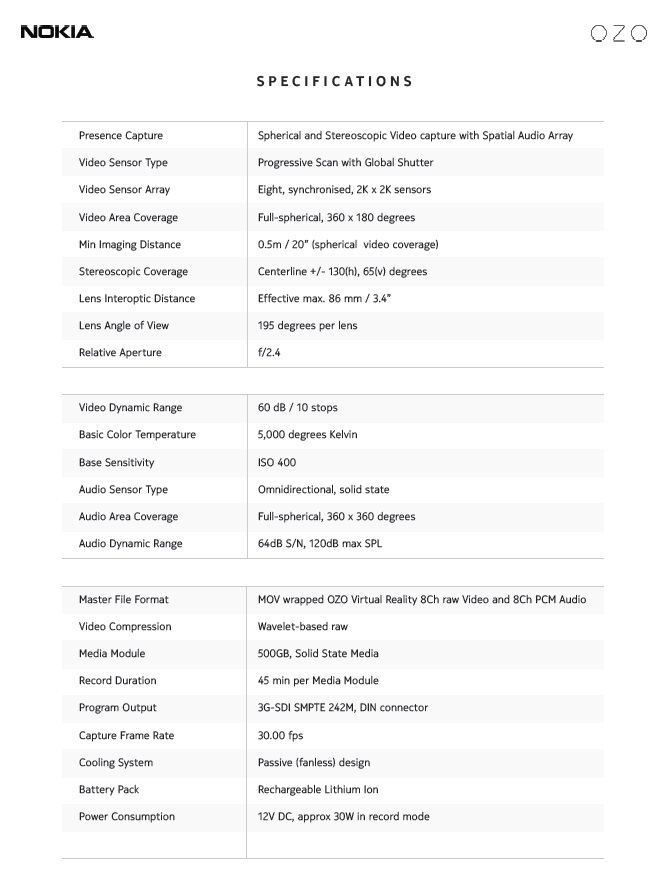 Simply head over to the Nokia OZO site to pre-order your VR camera here. Note that the expected availability is Q1 of 2016. You can download the detailed specifications of the Nokia OZO here.