Nokia to Unveil Android-Powered Handset on February 24 at MWC 2014?

Nokia to Unveil Android-Powered Handset on February 24 at MWC 2014? 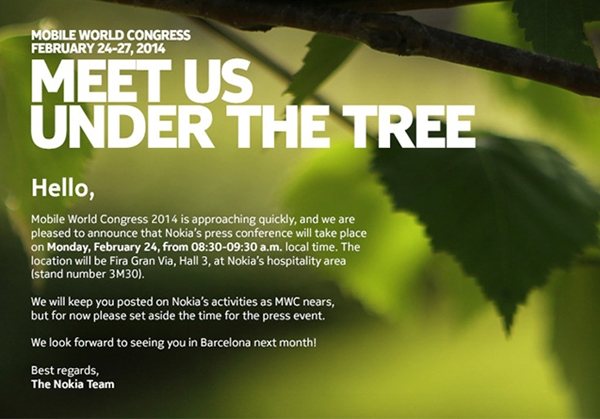 Microsoft's acquisition of Nokia's Devices and Service units is slated to be completed sometime this quarter, but Nokia is still going ahead with its press conference at Mobile World Congress (MWC) 2014.

Scheduled on February 24, Nokia did not provide any further details on what to expect at the press conference. Rumors of its Android-powered smartphone, the "Nokia Normandy" have been circulating on the Internet for the past few weeks.

The "Nokia Normandy" smartphone appears to be running on a forked version of Android. Sources at Nokia told The Verge that the company had been planning to make an official announcement of the device at MWC 2014.

We will be there at MWC 2014, so stay tuned to HardwareZone for the latest news and happenings at the annual event.