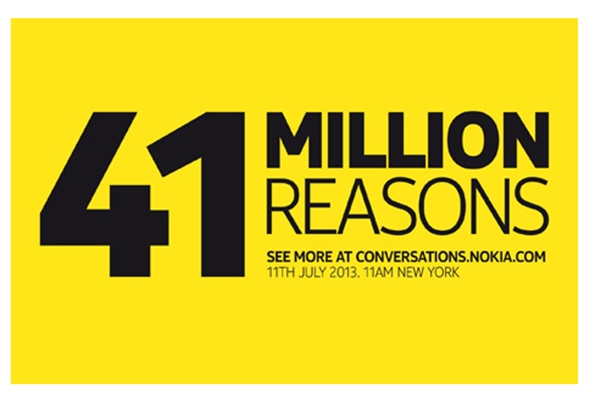 Nokia is bringing the camera capabilities of the 808 PureView to its upcoming Windows Phone 8 device on 11 July.

According to a teaser posted on its Conversation blog, Nokia says that there are 41 million reasons to see its launch event held in New York. The number "41" coincides with the 41-megapixel sensor of the Nokia 808 PureView, which was announced at MWC 2012. With Nokia pulling the plug on the Symbian OS, it is likely that the same camera sensor will appear on a Windows Phone 8 device.

The Verge first reported news of such a device in January this year, where sources familiar with Nokia's plans claimed that the device is given the EOS codename and incorporate the same sensor as the 808 PureView.

Join HWZ's Telegram channel here and catch all the latest tech news!
Our articles may contain affiliate links. If you buy through these links, we may earn a small commission.
Previous Story
Microsoft Backtracks on Xbox One Always Online and Used Game Policies
Next Story
Super Talent Introduces the USB 3.0 Express Ram Disk