Nokia hasn't forgotten its affordable range of smartphone devices, and has unveiled two of such devices alongside its new Windows Phone 8 powered Lumia phones. The Nokia 105 and 301 are primarily targeted at emerging markers and are both priced at very compelling prices. 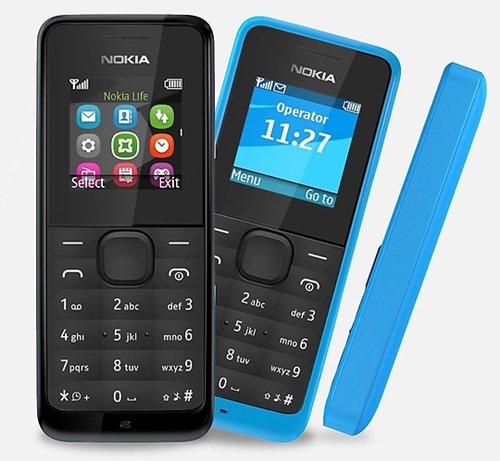 The Nokia 105 features a 1.4-inch color screen with clear menus and essentials like FM radio, a dust and splash-proof, pillowed key pad and a flashlight. Its durability and up to 35-day battery life also make it ideal for people seeking a back-up device. Unfortunately, the device does not come with a camera.

The Nokia 105 is available in black and cyan for a recommended price of EUR 15. It is planned to start rolling out in Q1 2013 and is expected to be gradually expanded to in China, Egypt, India, Indonesia, Nigeria, Russia, Vietnam and other markets in Africa, Middle East, Asia-Pacific and Europe. 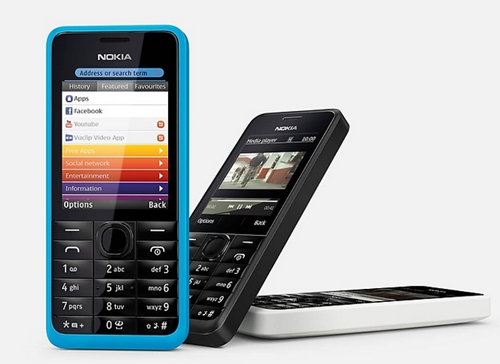 The Nokia 301 comes with 3.5G Internet connectivity and Nokia Xpress Browser preloaded for up to 90 percent more data efficiency. It is the most affordable Nokia device to offer video streaming and also comes with new smart camera features, inspired by the digital camera lenses on the Nokia Lumia smartphones.

The Nokia 301 is available in cyan, black, magenta, yellow and white for a recommended price of EUR 65. It is planned to start rolling out in Q2 2013 and is expected to be available in more than 120 countries in Africa, Asia-Pacific, Europe, India, Middle East and Latin America.