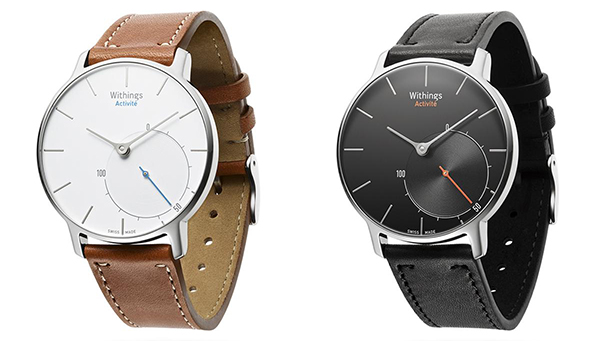 Nokia has announced plans to acquire Withings, a French digital health firm, for US$191 million in cash. The company expects to close the transaction early in the third quarter of this year, subject to regulatory approvals and other conditions.

Withings is best known for its range of sleek and stylish connected devices, including the well-received Activité smartwatch. But its focus has always been on digital health, and it also makes things like smart scales, a thermometer, a heart pressure monitor, and even fitness trackers. Nokia’s acquisition of the firm could boost its current portfolio of wearables and fitness devices, as it would bring 200 Withings employees and products into Nokia Technologies, the Finnish company’s own advanced technologies and licensing business.

The announcement is just the latest development on Nokia’s quest to adapt and reorient itself in a rapidly shifting technology landscape, after it sold its mobile phone division to Microsoft two years ago. Last April, Nokia bought Alcatel-Lucent to strengthen its position in the networking equipment industry, before selling off its HERE mapping business to a consortium of German carmakers for US$3 billion later in the year.

The firm’s Nokia Technologies division is now the standard bearer for Nokia’s consumer electronics ambitions, but it has yet to come close to Nokia’s previous dominance in the mobile phone market. “With this acquisition, Nokia is strengthening its position in the Internet of Things in a way that leverages the power of our trusted brand, fits with our company purpose of expanding the human possibilities of the connected world, and puts us at the heart of a very large addressable market where we can make a meaningful difference in peoples' lives,” said Rajeev Suri, president and CEO of Nokia.

The most notable products to come out of Nokia Technologies to date have been its Ozo virtual reality camera rig for film studios, and the N1 Android tablet, an attractive tablet modeled after the iPad mini that unfortunately didn’t see much availability beyond China and Taiwan. The Withings acquisition marks the beginning of an even deeper push into consumer technology, and is perhaps the first of many steps needed for Nokia to rise to prominence again.

Join HWZ's Telegram channel here and catch all the latest tech news!
Our articles may contain affiliate links. If you buy through these links, we may earn a small commission.
Previous Story
The ASRock DeskMini is the world’s smallest mini PC with an upgradeable CPU
Next Story
Apple can't meet high demand for iPhone SE