The Nokia 9 PureView has a Snapdragon 845 chip, five rear cameras, and no camera bump

The Nokia 9 PureView has a Snapdragon 845 chip, five rear cameras, and no camera bump 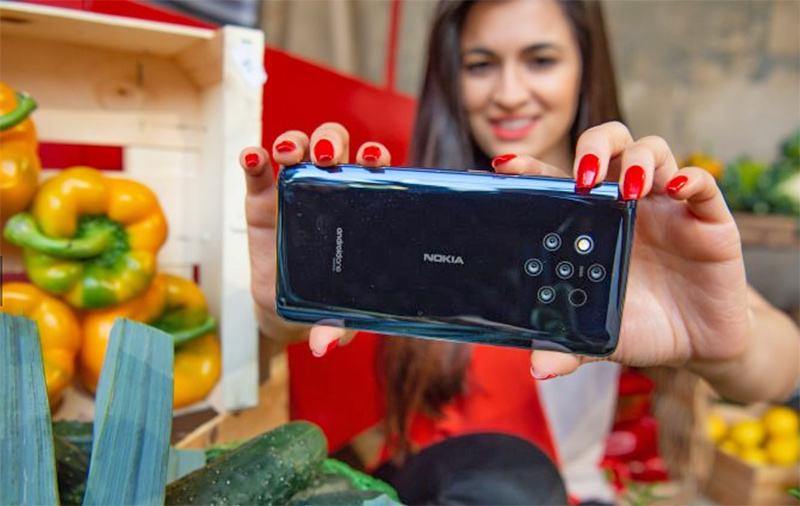 The much-rumored, next-gen Nokia PureView cameraphone is official today with the Nokia 9 PureView, a Snapdragon 845-powered Android One phone that will begin shipping this week at a starting price of US$699.

The Nokia 9 PureView’s biggest talking point is its 5-sensor rear camera system with Zeiss optics. Arranged in sort of a circular pattern (alongside a dual-tone flash and depth sensor), each of the five modules in the bump-less penta-camera setup uses a 12-megapixel sensor (1.25um pixel) with an F1.8 lens. However, only two of them are your usual RGB sensors; the other three are monochromatic sensors. Since a monochrome lens is able to capture a wider light spectrum and the Nokia 9 PureView has three of them, HMD Global Oy (that’s the Finnish company that has licensed the rights to make Nokia phones) claims that its new flagship handset is able to capture 10x more light compared to a regular camera with an RGB sensor.

Also impressive is that all five cameras can fire at the same time, each with a different exposure. (The phone can handle up to 240MP worth of captures at any one time.) I was told that because each photo is captured in HDR, the camera possesses a dynamic range of 12.4 stops. It goes without saying that that’s a lot of data to process - to properly handle the multiple frames that are coming in at the same time and all the white balance and exposure calculations to create the final 12MP image, the Nokia 9 PureView packs a custom-designed ASIC (i.e., an image co-processor).

The multiple cameras also pull in tons of depth data: you get a full 12MP depth map with no less than 1,200 layers of depth data. In more human-understandable words, the system can generate depth info from 7cm all the way to 40 meters. Your foreground and background blur adjustments in Google Photos will simply look more natural because there’s more depth info to work with. Because of the monochrome lenses, the phone also captures unadulterated B&W photos that should look sharper than your typical desaturated color photos.

The camera can also save photos in RAW (DNG) files, which you can edit with the Lightroom mobile app that comes pre-installed on the phone. The Camera app’s Pro Camera UI is gaining a few improvements as well, including the ability to do 10-second exposures and 1/3-step exposure control.

Moving away from the penta-camera for a bit, the 8.2mm-thin Nokia 9 PureView comes with an under-display fingerprint sensor, a 5.99-inch plastic OLED display (2K resolution), and 6GB RAM and 128GB storage. It's unclear how bright this pOLED screen can go, but apparently, it's capable of displaying HDR10 content. For those wondering, the front-facing camera has a native 20MP sensor, but it does pixel-binning (creates 2um pixels) to achieve higher-quality shots at 5MP. Like the entry-level Nokia 4.2 and 3.2, there's support for face unlock. 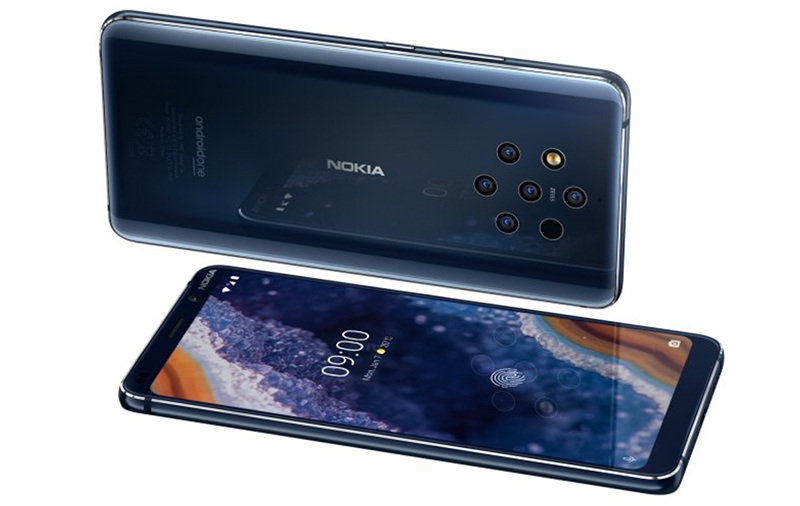 Available in midnight blue color and both single- and dual-SIM variants, the Nokia 9 runs Android 9 Pie, is rated IP67 for dust and water resistance, and supports Qi wireless charging up to 10W. While the 3,320mAh battery is non-removable, it can be fast-charged up to 18W over USB-C.

For the record, the last time a PureView-branded camera appeared on a handset was the Microsoft Lumia 950 XL, which was a phone that has never managed to live up to the PureView reputation. But that was in 2015, and a lot has changed since then - HMD now has exclusive rights to the Nokia brand for phones, and the smartphones released by the company have all been running Android. Today’s Nokia 9 is the first PureView phone under HMD’s stewardship after the Finnish company successfully acquired the trademark in 2018.

Previous Story
Microsoft's HoloLens 2 mixed reality headset fixes a lot of the problems of its predecessor
Next Story
The affordable Nokia 4.2 and 3.2 have big screens, run Android Pie, and support face unlock