No way! iPhone 7 is still faster than the latest Android flagship smartphones

No way! iPhone 7 is still faster than the latest Android flagship smartphones 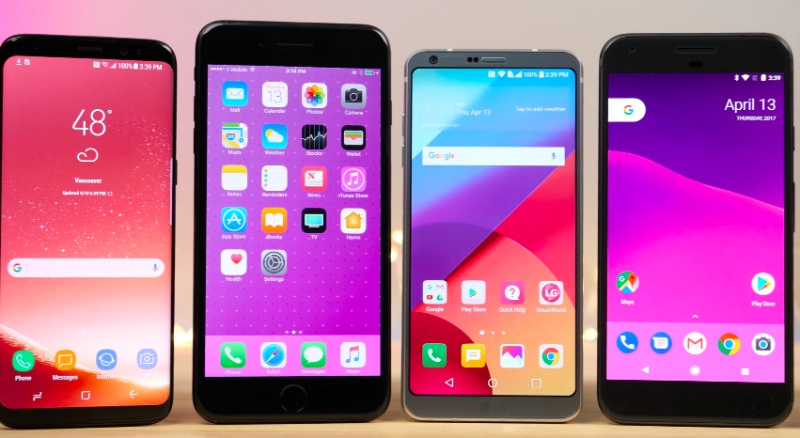 We've seen how the iPhone 6s and iPhone 7 beat the Galaxy Note7 in app speed tests last year. Has the situation changed with the entry of the Samsung Galaxy S8, LG G6, Google Pixel and the OnePlus 3T? Well, nothing much has changed.

In a ten-minute YouTube video published by EverythingApplePro, the iPhone 7 Plus is pitted against the Galaxy S8, LG G6, Google Pixel and the OnePlus 3T in a real-world test by cold launching a series of apps (e.g. Snapchat, Instagram, Camera, Google Maps, Adobe Photoshop Express, Super Mario Run, Netflix) and then switching back through the respective apps. Below are the respective timings of the phones to complete each test:

Following the real world testing, Geekbench 4 and AnTuTu benchmarks were launched on the phones to assess their performance. In Geekbench 4, the iPhone 7 Plus has better single core scores than any of the Android flagship smartphones. What's even more surprising is that the iPhone 6s and iPhone SE (both powered by the A9 chipset) also outranked the Android phones in single-core performance!

The Galaxy S8 managed to have a slight edge over the iPhone 7 Plus in the multi-core benchmark score, but it's not an accurate reflection of the performance in real world usage as few apps are coded to utilize multiple cores. In the AnTuTu benchmark, the iPhone 7 and 7 Plus held a decent lead over the other phones.

So what do these tests mean to the consumers? It shows how Apple's control of the hardware (A10 chipset) and software (iOS 10) aspects of the iPhone is able to deliver the optimal performance in almost any situation. While the Android flagship phones boast "superior specs" such as multi-core processors and more RAM, it doesn't necessarily translate into any meaningful advantage over the iPhone.

Join HWZ's Telegram channel here and catch all the latest tech news!
Our articles may contain affiliate links. If you buy through these links, we may earn a small commission.
Previous Story
LG's Dolby Vision HDR-capable UP970 4K Blu-ray player to arrive in June
Next Story
Samsung's Battery Safety Check video shows you why the Galaxy S8 won't explode