No Samsung Tablets for the Aussies...Yet

No Samsung Tablets for the Aussies...Yet 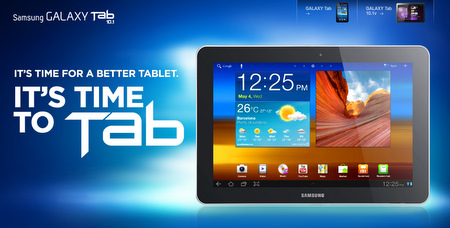 Australians eagerly anticipating the latest Galaxy tablets from Samsung will just have to look elsewhere for the tablet fix.

According to news service Bloomberg, the Korean electronics giant has agreed not to advertise or sell its tablets  -- which Apple is accusing of copying its products -- down under.

This will be in effect until a patent lawsuit, which Apple has filed in Australia, has been resolved.

Why Samsung agreed to such scenario is unclear, because such a delay would cause considerable impact to sales of the highly anticipated Samsung Galaxy tablet.

To read more, click here. (Via Android Central, Via Bloomberg)

Join HWZ's Telegram channel here and catch all the latest tech news!
Our articles may contain affiliate links. If you buy through these links, we may earn a small commission.
Previous Story
Thermaltake Flaunts its Level 10 GT Snow Edition Chassis
Next Story
Zynga Receives Patent Lawsuit over FarmVille and Other Games