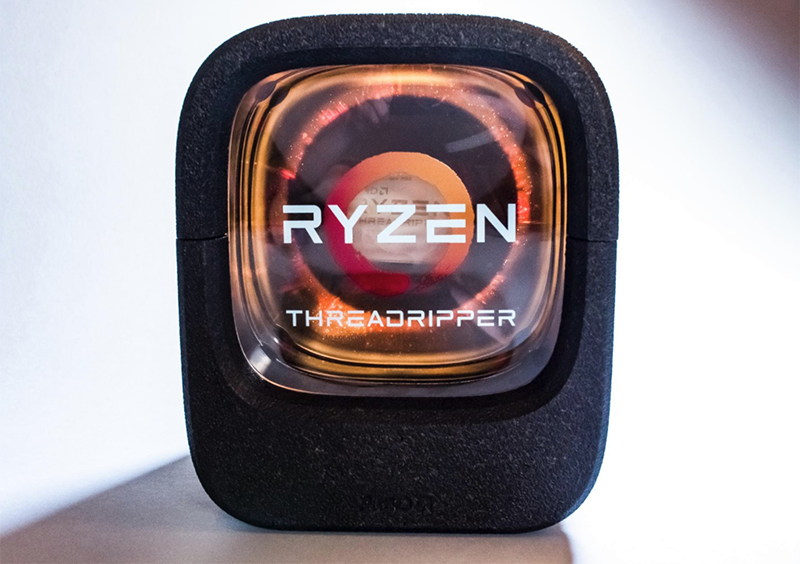 That was strange, because the 1950X is a 16-core chip, so it seemed as if AMD had disabled two of the dies. Matters weren’t helped when AMD reportedly confirmed that the chip only featured two active dies. Was this secretly a 32-core EPYC chip in disguise?

As it turns out, that’s not actually what’s going on here. According to PCWorld, which is citing an unnamed source, the two so-called disabled chips aren’t chips at all, and are really spacers to help maintain the structural integrity of such a gargantuan heat spreader. 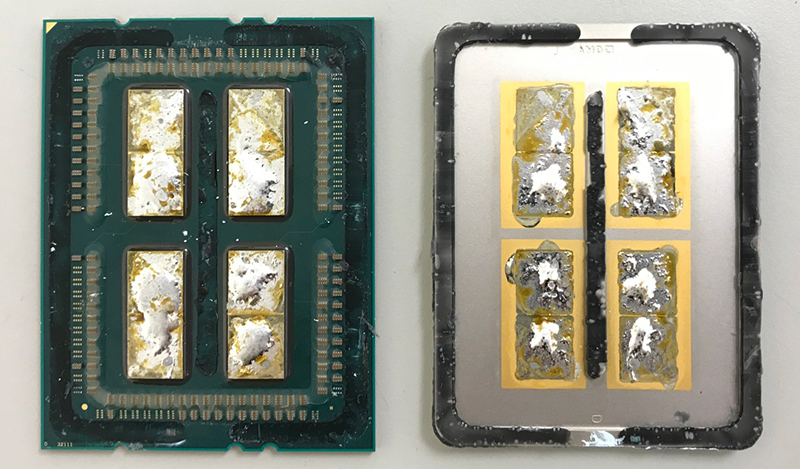 Unlike Intel, AMD doesn’t use a single monolithic die for processors based on the Zen architecture. Instead, multiple chips are connecting using its high-speed Infinity Fabric, which offers more flexibility and scalability.

The spacers were necessary because without them, the metal heat spreader would probably bend easily at the empty spots, so it’s all about shoring up the weak areas.

You can already begin pre-ordering Ryzen Threadripper bundles from PC Themes. At the time of writing, prices start at S$1,829, depending on the X399 motherboard and Threadripper CPU you go for.