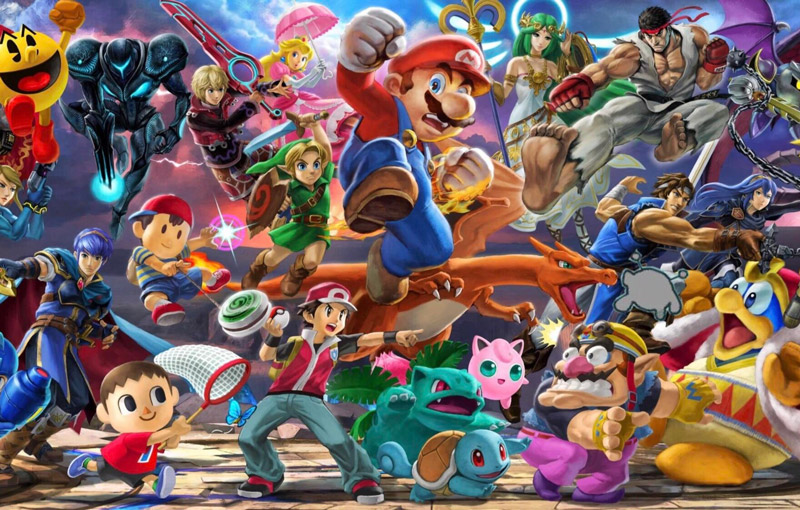 Nintendo has just announced that a 50-minute Nintendo Direct is streaming tomorrow morning, on 18 February, 2021 at 6am (Singapore time). Fans have gotten pretty riled up by the sudden announcement, seeing as this is the longest Nintendo Direct we’ve gotten in a while.

This will also be the first general Nintendo Direct we’ve gotten in two years! The last one of these happened in September 2019, after which Nintendo opted to hold presentations that either focus on specific franchises or act as ‘Mini Directs’. According to the company, this Direct will feature, “roughly 50 minutes of information focused on available games like Super Smash Bros. Ultimate and games coming to Nintendo Switch in the first half of 2021.”

Here's a link to the stream:

Speculation time! Seeing as Super Smash Bros. Ultimate was name dropped, it’s likely that we’ll see the next mystery DLC fighter get revealed. We probably won’t hear much about games Nintendo has planned for the later half of 2021 and beyond, such as Metroid Prime 4 and potentially Bayonetta 3. Instead, we’ll see more stuff from games like Monster Hunter Rise (March) and New Pokemon Snap (April), since they’re not too far out.

Nintendo also loves celebrating franchise anniversaries. Last year was the 35th anniversary of the Super Mario Bros. franchise, and the company celebrated with game remasters, clothes, LEGO sets and a new Paper Mario installment. This year will be the 35th anniversary of The Legend of Zelda franchise, so we could see a similar variety of content get revealed. The Wind Waker, Phantom Hourglass, Ocarina of Time and Skyward Sword games were recently trademarked, fuelling hopes of new remasters. The Legend of Zelda: Breath of the Wild 2 could get a new trailer, too - one can only hope.

Rumours of a new Nintendo Switch model have been circulating since last year, and we could also see that get revealed - although it seems like this presentation will focus more on games than new hardware.

Join HWZ's Telegram channel here and catch all the latest tech news!
Our articles may contain affiliate links. If you buy through these links, we may earn a small commission.
Previous Story
Assassin's Creed Valhalla's new free update adds a River Raids game mode
Next Story
Pizza Hut's Bubble Tea Blossom is a curious food adventure you can try till 30 March