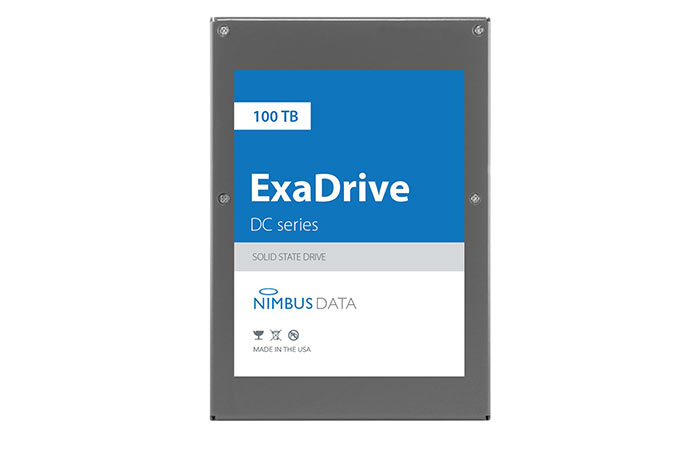 Do you remember Nimbus Data? Over two years ago, we reported that Nimbus Data has made the world's largest SSD.

It's called the ExaDrive DC100, and as you might have guessed, it has a whopping 100TB of storage.

It comes in a 3.5-inch form factor and uses enterprise-grade MLC 3D NAND and the old SATA 6Gbps interface.

Therefore, sequential read and write performance are capped at around 500MB/s and 460MB/s respectively.

This isn't a drive built for speed. Rather, Nimbus Data is hoping that it's high capacity, superior power efficiency, claimed lower TCO, and unlimited 5-year warranty will attract data centre administrators to give up on traditional mechanical HDDs.

It's considerably more expensive than consumer SSDs which can be had for as low as S$200 per TB nowadays. But the advantage here is that you pack multiple ExaDrives more easily and achieve a higher total storage capacity and at a lower energy cost.

Join HWZ's Telegram channel here and catch all the latest tech news!
Our articles may contain affiliate links. If you buy through these links, we may earn a small commission.
Previous Story
Google is apparently working on a 5G-capable Pixel 4a
Next Story
And this is what the Samsung Galaxy Live earbuds look like