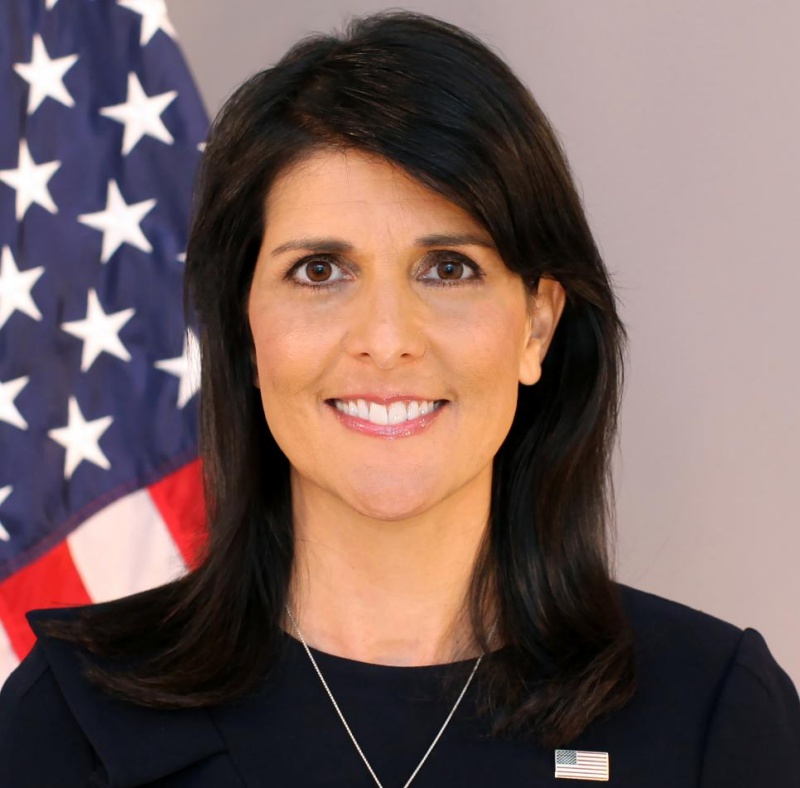 Nikki Haley, the former US ambassador to the United Nations, is forced to give up her Twitter account which has about 1.7 million followers.

Haley announced the move via her new Twitter account , stating that State Department rules established during the Obama Administration prevented her from holding on to her previous account after she resigned. 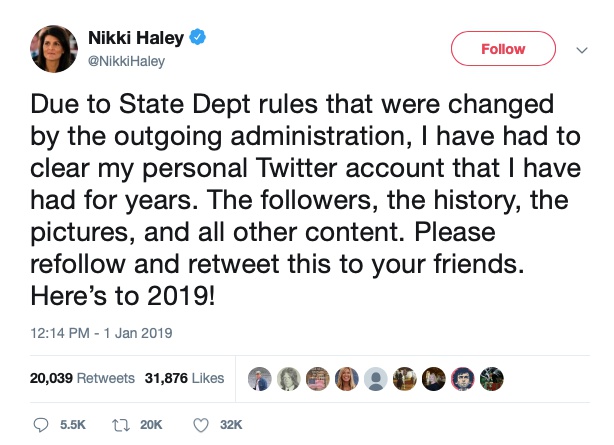 Eric Columbus, an Obama appointee for 8 years at DOJ/DOS, tweeted that the old account still exists for archiving purposes and that there is a note directing to her new account. The move to a new Twitter account does not seem to affect her influence; she garnered more than 173,100 followers within two days at the time of publication.

The social media rules aim to prevent political appointees from accumulating a following on Twitter with their high profile jobs and taking these followers with them when they leave their jobs. Since the social media rules affect all political office holders, it would be interesting to see how U.S President Trump will react when he leaves office in the future. He has been tweeting from his personal account since he became the president and has over 56.8 million followers.

Previous Story
Some users need to be paid over $1,000 to stop using Facebook for a year
Next Story
The NVIDIA OC Scanner overclocking feature has been expanded to include Pascal GPUs!