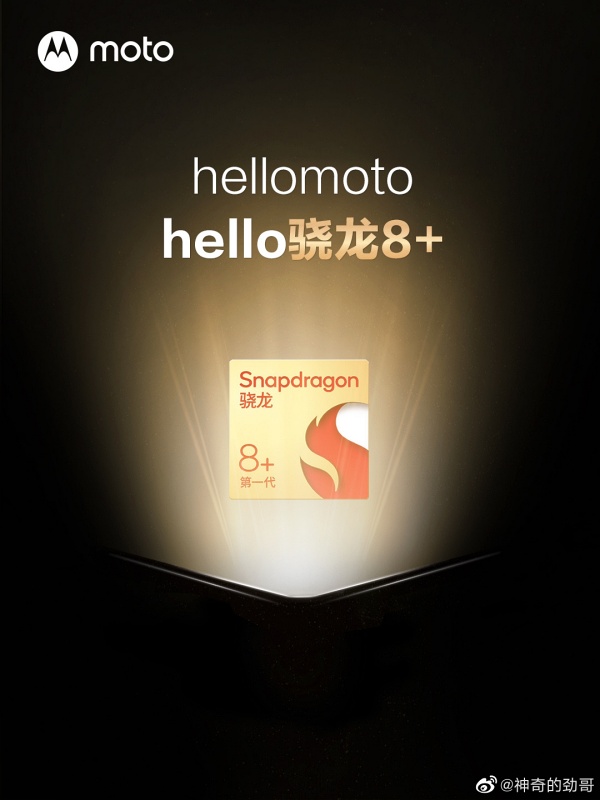 One of the first phones to be powered by Qualcomm's recently announced Snapdragon 8+ Gen 1 will be the Motorola Razr.

GSMArena reports that a brand manager at Motorola posted a teaser on his Weibo account which confirms the next Moto Razr will be powered by the Snapdragon 8+ Gen 1 platform.

The next Moto Razr phone, which is the third model in the lineup, is reportedly in the works, and will feature "better man-machine interface" and "a more atmospheric appearance". The first-generation Moto Razr launched in November 2019 with a 6.2-inch foldable plastic OLED screen and Qualcomm Snapdragon 710.