This article is contributed by Nitish Tiwari.

Almost a year after the launch of the initial Moto X, Motorola launched the second generation Moto X and Moto G phones at IFA 2014. Both of these phones are an upgrade of their highly successful predecessors. Let's have a look at what is new. We start with the Moto X and then move over to the Moto G. 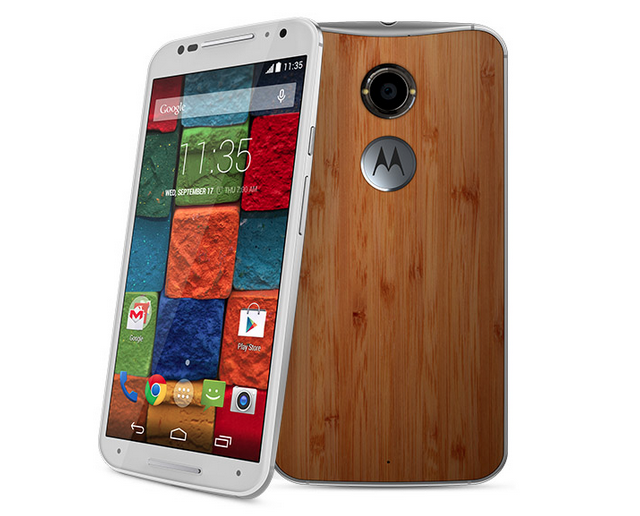 Right from the start, you'll notice that the second generation Moto X is now bigger as it now sports a 5.2-inch Corning Gorilla Glass 3 1080p display, compared to the old 4.7-inch 720p screen. With the increased screen size and resolution, the battery of the new Moto X has also been pumped up to 2300mAh capacity, an improvement over the earlier 2200mAh battery capacity. This will hopefully ensure the battery lasts at least as long as the old Moto X.

Over on the rear, you'll notice the curved metal frame houses a backing that you can personally customize from choosing between 25 different finishes such a wood grain to genuine leather. You also have the option to laser engrave a name or message to really make it your very own phone.

Underneath, the new Moto X is powered by the 2.5GHz Qualcomm Snapdragon 801 quad-core CPU. This is a big upgrade over the old Moto X, which had a 1.7GHz dual-core processor. The RAM and the internal storage aspects remain unchanged at 2 GB and 16GB respectively. The primary camera of the new Moto X is now a 13-megapixel sensor (previously a 10-megapixel unit) with an F2.25 lens, while the secondary camera remains unchanged at 2 megapixels.

The first generation Moto X had limited voice control options and the new Moto X version adds to that by sporting gesture controls as well. You can now simply wave your hand to silence calls or snooze alarms.

As is with Motorola phones, the Moto X boasts of pure Android interface without any custom skins and fast updates from Google. As you might expect, the new generation Moto X currently runs on the Android 4.4.4 Kitkat OS revision. 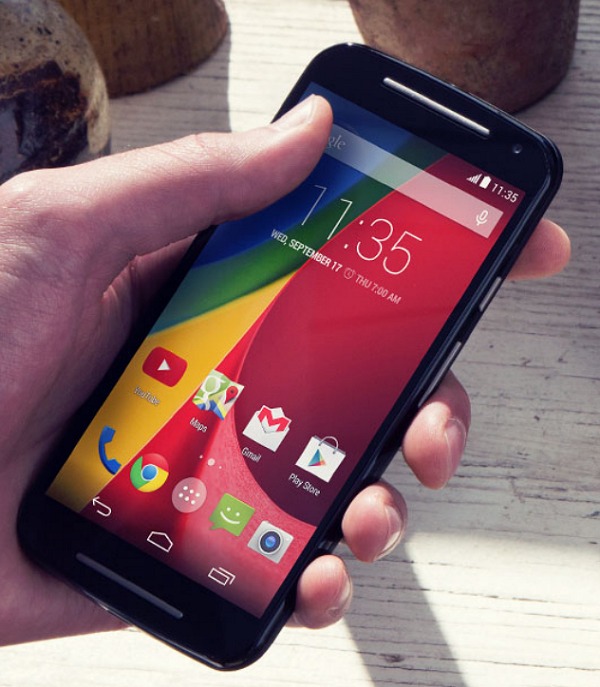 Moto G is a mid tier phone launched last year and today, the second generation of Moto G has been launched.

The new Moto G has a 5-inch 720p HD screen, bigger than the older 4.5-inch screen (which also had a 720p resolution). Surprisingly the battery capacity remains the same at 2070mAh in spite of the increased screen size

The processor remains the same 1.2GHz Qualcomm Snapdragon 400, but it now uses a newer variant - the MSM8226, which uses a faster clocked Adreno 305 GPU (450MHz). The RAM remains unchanged at 1 GB and the storage options are 8 GB and 16 GB as with the earlier version. The new addition (well, sort of) is a microSD card slot, which was absent in the first edition of the Moto X. However, a 4G LTE variant of the first generation Moto X did get a microSD card slot. Speaking of 4G, the second generation Moto G will roll out as dual-SIM 3G phone like the original version.

Both primary and secondary cameras are upgraded with a 8-megapixel rear camera and a 2 -megapixel front camera. The phone runs the latest possible OS variant, which is Android 4.4.4 Kitkat.

The Moto G is available now at US$179.99 (roughly converts to about S$230 in value). Unfortunately Moto X pricing has not been revealed at the time of reporting.