The new ViewQwest TV 2.0 media player is going for S$88 for subscribers until Feb 6

The new ViewQwest TV 2.0 media player is going for S$88 for subscribers until Feb 6 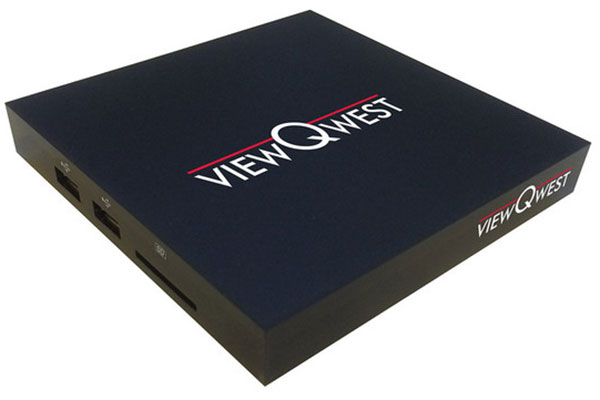 Freedom VPN is a service offered by fiber broadband provider ViewQwest that enables users to watch geographically specific content, such as those on Netflix and PPTV. A S$10.70 per month service, it typically comes free for three months for new ViewQwest fiber broadband signups.

Since 2013, the company has also been selling a media player called the ViewQwest TV. This little Android-based set-top box comes pre-loaded with apps like Netflix, Hulu, ITV Player, PPTV, LeTV, BBC iPlayer, and Kodi, making it easy for Freedom VPN subscribers to get to their favorite overseas content.

We've now gotten word that a new ViewQwest TV box is currently selling on the company’s e-store. Called ViewQwest TV 2.0, it boasts of a quad-core, ARM CPU running at 1.5GHz, support for 1080/60p playback, 8GB of storage (of which over 5GB is useable), and an SD card slot. It also runs Android 4.4.2 KitKat. This new box should run faster than the first-gen ViewQwest TV, which only comes with a dual-core processor and 4GB of flash storage, and runs Android 4.1.1. That said, neither box supports gigabit Ethernet (only 100BASE-TX) or the latest wireless-AC standard (802.11n is the fastest). For those interested, you can check their respective specs sheet here and here. 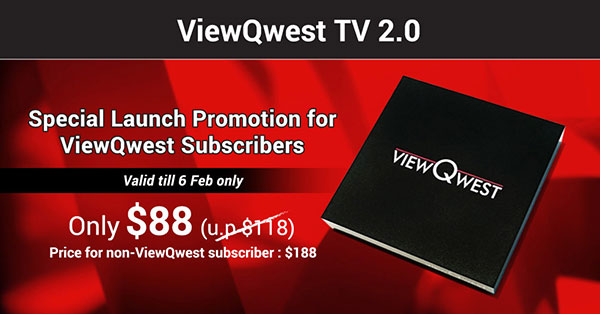