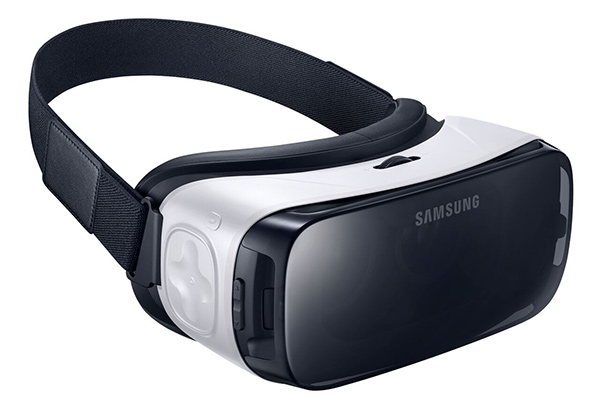 It’s not every day that we see a newer and better iteration of a product going for cheaper, but that’s exactly the case with the Samsung Gear VR. At half the price of the US$199 (S$298 locally) Gear VR Innovator Edition headset, the new US$99 headset powered by Oculus technology places VR within the reach of mainstream consumers and may help usher in more widespread adoption.

PC Gamer reported that the consumer version of the Oculus Rift, set for an early 2016 release, will cost at least US$300. The Rift also requires fairly pricey hardware to run, so that’s another barrier to adoption for consumers who don’t already own a capable system. Because of its affordable price and the fact that it runs off a Samsung phone, the Gear VR is far more accessible to the average consumer and VR novice.

Unveiled at the Oculus Connect 2 conference in Hollywood, the new headset is the first from Samsung to truly target mainstream consumers. Previous versions were designed with developers and early adopters in mind and only supported a narrow selection of Samsung phones. For instance, only the S6, S6 edge and Note 4 were supported before.

However, the new Gear VR will now work with Samsung’s entire 2015 phone line-up, including the Galaxy Note 5, S6, S6 edge, and S6 edge+. And coupled with the cheaper price, the headset will be accessible to a far wider swath of the market.

The new Gear VR is reportedly 22% lighter than its predecessor, which means it’s more comfortable to wear for long periods. A tactile directional pad has also been added to the trackpad on the temple of the headset so you know when you’re actually touching it. Previously, it was actually quite difficult at times to tell whether you were touching the smooth trackpad or just fumbling haplessly with the headset’s shell.

On top of that, Netflix, Hulu and Twitch will also be coming to the Gear VR store, a huge boost to media consumption on the platform. In addition, Oculus CEO Brendan Iribe also mentioned that Vimeo and TiVo will be available on the Gear VR in the near future.

In a separate press release, Hulu announced that its app for the Gear VR store would be available this fall and even feature “original virtual reality short-form” content and other unique viewing environments made for VR devices.

On the other hand, Netflix doesn’t look like it will be offering enhanced content for VR at the moment, but we wouldn’t be surprised if it is already in the works. The service is coming to Singapore in early 2016, and it’s nice to have a new way to access its huge library of videos.

The new Gear VR is slated to be available this November in Frost White.

Source: Samsung via TechCrunch, The Verge

Join HWZ's Telegram channel here and catch all the latest tech news!
Our articles may contain affiliate links. If you buy through these links, we may earn a small commission.
Previous Story
Massive leak reveals six color options and iPhone-like design for HTC One A9
Next Story
Lian-Li launches PC-Q10WX, mini-ITX case with all-glass side panel and water-cooling support