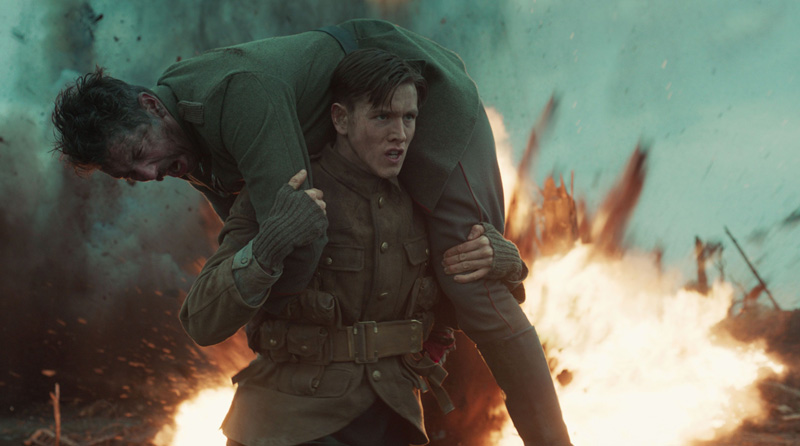 20th Century Studios have released an explosive trailer for The King’s Man, the first prequel in the Kingman franchise. This time, we’re going back to the 1900s to see the private intelligence service in its earliest years.

The King’s Man follows the adventures of the Duke of Oxford (Ralph Fiennes) and Conrad (Harris Dickinson), the latter of whom has just been inducted into their secretive spy agency. Just in time too, because a collection of history’s worst tyrants and criminals are gathering to kick off the first World War - led by none other than Grigori Rasputin.

If you’re looking for a James Bond movie that refuses to take itself seriously, this might be for you. It’s got all the high-tech gadgetry and world-ending stakes of the genre, but less of its grimness. Matthew Vaughn returns to direct a pretty impressive cast, featuring Gemma Arterton, Rhys Ifans,  Daniel Brühl, Djimon Hounsou and Charles Dance among others.

The King’s Man is set to hit theaters on September 18, 2020 - assuming the pandemic doesn’t keep them from opening in time. Then again, this is the first trailer for a big-budget movie we’ve seen since last month’s Tenet trailer. Are studios starting to get more confident in their upcoming release dates?

Join HWZ's Telegram channel here and catch all the latest tech news!
Our articles may contain affiliate links. If you buy through these links, we may earn a small commission.
Previous Story
DC Comics fighter Injustice: Gods Among Us is currently free to keep
Next Story
Valorant's Ranked mode will be going live in this week's patch