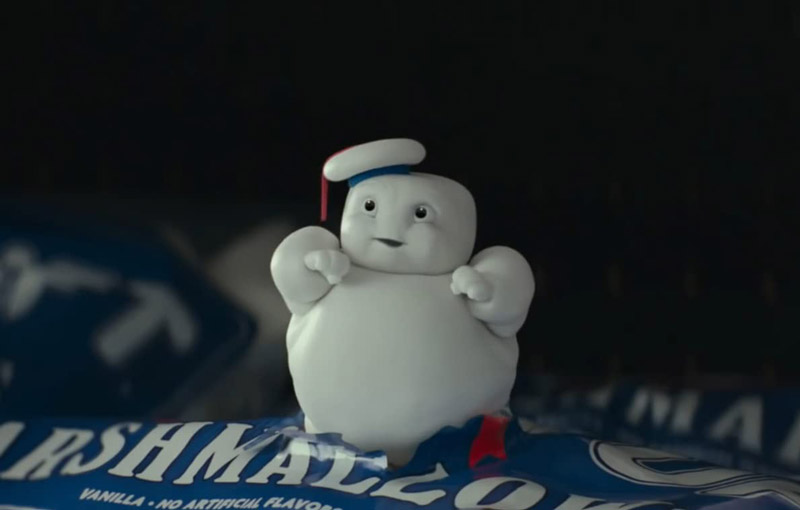 Who you gonna call?

Sony Pictures have released a new trailer for Ghostbusters: Afterlife, and it’s loaded with all the nostalgia one might hope for from a sequel like this. Some of the original castmembers even pop up here, along with a very familiar ghost that’s become iconic to the franchise.

Ghostbusters: Afterlife picks up right where the original films left off, ignoring the recent 2016 reboot. A single mum (Carrie Coon) and her two kids (Finn Wolfhard and Mckenna Grace) arrive in a small town, and begin to discover that they’re somehow connected to the original Ghostbusters and a secret legacy their grandfather left behind. It’s heavily implied that the grandfather in question is Egon Spengler, who was played by the late Harold Ramis.

It doesn’t take long for these characters to start running into supernatural happenings that rock this small town, including an outbreak of familiar ghosts like hellhounds and mini Stay-Puft marshmallow men, who suicidally make s’mores of themselves in a Walmart. Because why not? We also see Slimer, a ghost who’s popped up in multiple movies, games, comics and TV shows associated with the franchise. Muncher, a new blue ghost inspired by Slimer also pops up.

As if all these creatures coming back wasn’t enough of a nostalgia overload, we also get a glimpse of Dan Aykroyd’s return as Ray Stantz at the end of the trailer. Comparatively, Annie Potts gets more screentime as Janine Melnitz, the original Ghostbusters’ secretary. More of the original cast are set to return even if they haven’t shown up in these trailers, including Bill Murray, Ernie Hudson and Sigourney Weaver.

Ghostbusters: Afterlife is directed by Jason Reitman (Juno), the son of Ivan Reitman, who directed Ghostbusters (1984). The movie hits theaters on 11 November, 2021.

Join HWZ's Telegram channel here and catch all the latest tech news!
Our articles may contain affiliate links. If you buy through these links, we may earn a small commission.
Previous Story
Herman Miller shows off more Gaming variants of their best-selling office products
Next Story
Oppo’s VOOC Flash Charge gets smarter and safer for fast-charging