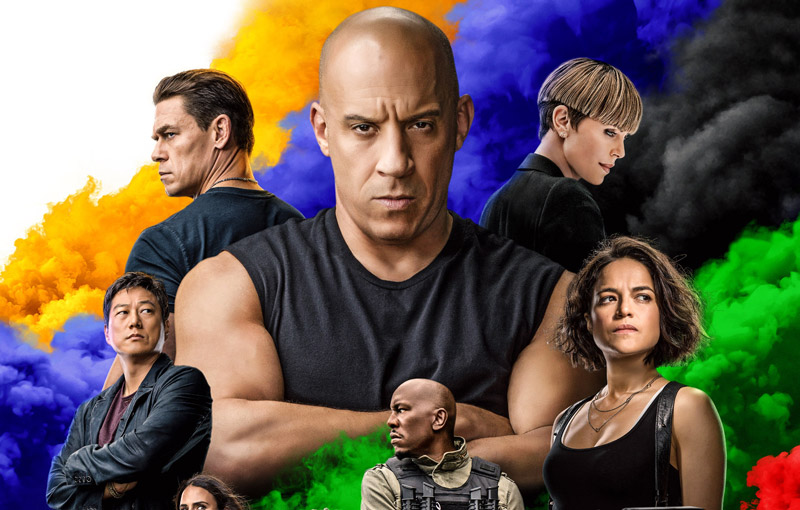 Universal Pictures have dropped a new trailer for the latest Fast and Furious movie, and as expected, it’s pretty bonkers. Dominic Toretto (Vin Diesel) has to deal with the return of his long-lost brother Jakob (John Cena), who is utterly hellbent on destroying the family Dom has built up over the last few years.

Check it out below:

The trailer shows off a ton of F9’s big stunts and action scenes, most of which have to do with the introduction of magnets. Now, Dom’s crew is using them to crush cars together and repel them into other buildings, causing massive destruction to Jakob’s mysterious army of bad guys. We also see cars swinging off cliffside vines Tarzan-style and Letty shoving someone through an apartment window to the ground below. So, you know, pretty standard Fast and Furious shenanigans.

Jakob isn’t the only villain Dom has to fend off, though. Cipher (Charlize Theron) also returns from Fate of the Furious to stir trouble for his crew, though her exact goals are unknown. What’s interesting is that we see the ‘Fast & Furious goes to space’ meme inch closer to reality too, with Dom’s friends rocketing into the sky in a flying car. Yep, flying cars are a thing now. Remember when these movies were about street races and VCR heists? Good times.

F9 has been delayed multiple times due to the ongoing pandemic, but this new trailer signals some confidence on Universal’s part that the movie will stick to its current release date. F9 will (hopefully) hit local theaters on 24 June 2021.

Join HWZ's Telegram channel here and catch all the latest tech news!
Our articles may contain affiliate links. If you buy through these links, we may earn a small commission.
Previous Story
TSMC warns chip shortage to continue through 2022
Next Story
Secretlab and Warner Bros. have teamed up for a Mortal Kombat gaming chair