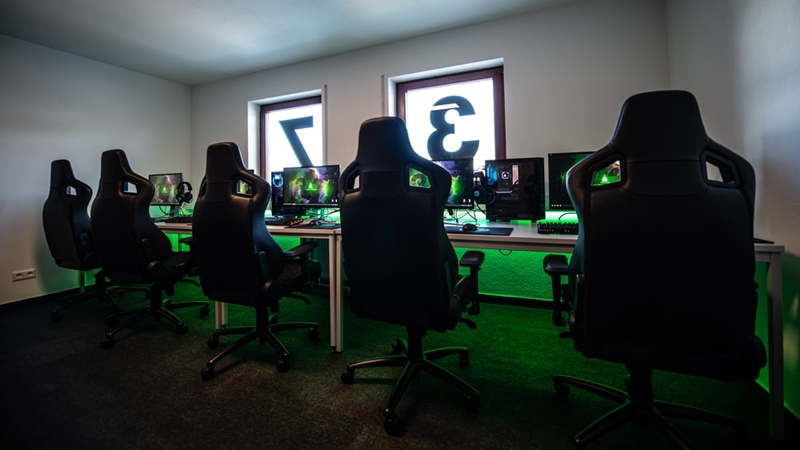 For lack of a better term, we know this whole thing sounds "kinda sus", but we would like to assure you that this is not a drill. A newly-launched Public Benefit Corporation calling itself the Esports Certification Institute is apparently offering industry-supported qualifications to help applicants get noticed by professional esports organisations.

Helmed by the creator and former VP of Clutch Gaming Sebastian Park and fellow colleague Ryan Friedman, the ECI's certificate reportedly equips applicants with a basic knowledge of the industry's various operational structures, marketing concepts and other relevant proficiencies. The three-hour examination costs just under US$400 (or US$300 during their promotional period) for application, and it's theoretically the way to go if you're looking to get into the industry as a team manager, market analyst or something along those lines. Of course, the ECI is also providing an associated study guide for the exam on a pay-what-you-want basis, and whatever you do fork out for the guide gets reinvested into the company.

Although it sounds like a dream come true for those who are truly passionate about these lines of work, it has also proven to be a rather divisive issue, and unlike your garden-variety argument on the internet, both sides actually have good points in their favour.

On one hand, the ECI's supporters have highlighted that such a certification might help people set themselves apart from the boatloads of other job applicants like it would for other industries. The main argument here is that many applicants for managerial or marketing positions within esports lack a detailed knowledge of the industry's nuances, and as such, people who have attained the ECI certification would supposedly be more familiar with the "do"s and "don't"s of these occupations. In fact, a surprising number of industry leaders are actually in favour of it - the ECI's board consists of people like G2 CEO Carlos Rodriguez and Dignitas CEO Michael Prindiville, among many others.

However, folks on the other side of the fence insist that such a certification borders on senseless. As esports graphic designer Owen M. Roe mentions in a rather scathing tweet, the ECI's offering will create a miniature "pay-wall" within the esports talent industry by restricting potential hires to those with an ECI certificate, which would then constitute what he refers to as "institutionalised gatekeeping". Basically, the ECI would have the power to decide who gets to enter esports, and that's probably as close to an industry-level dictatorship as you can get.

Regardless of which side of the fence you're on, having such an accreditation is still a rather interesting proposal, and it's worth noting that snagging one doesn't mean you've got a golden ticket to a big-buck esports career. After all, just like every other job this side of the galaxy, you've got to prove to your potential employers that you've got what it takes to get things done, or else the certificate might as well be a blank piece of paper.

Join HWZ's Telegram channel here and catch all the latest tech news!
Our articles may contain affiliate links. If you buy through these links, we may earn a small commission.
Previous Story
Google Assistant's latest feature helps it recognise and pronounce unique names correctly
Next Story
Pokemon Go Fest will return in July as a fully online event