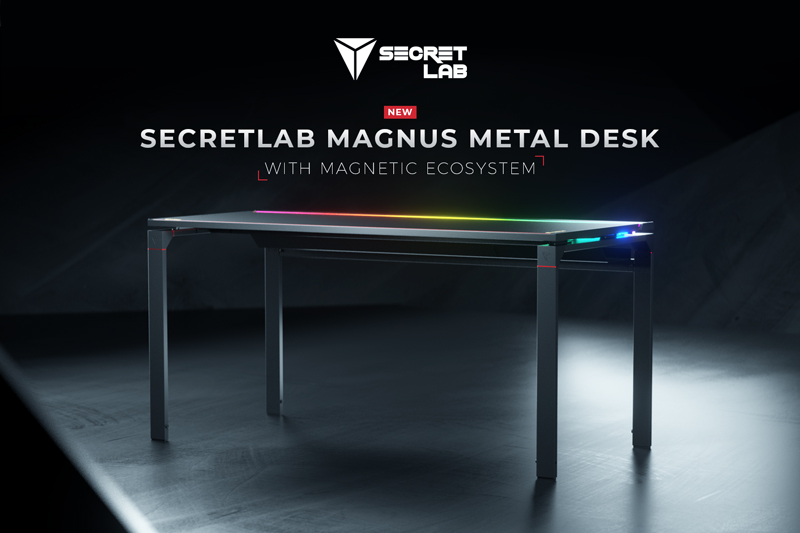 Secretlab has officially announced their first ever PC desk, the Magnus Metal Desk, after weeks of teasing on their social media channels. Interestingly, the company isn't dubbing it a 'gaming table' per se and calling it a PC desk isn't so much about what the desk can do as much as a message that Secretlab is now targeting a wider, mass, PC market. Secretlab is clearly still a gaming company at heart, but what the pandemic and #WFH movement of 2020 have shown is that its key product (aka its Omega and Titan gaming chairs) appeals to a much wider audience - both gamers and non-gamers alike.

That said, there's still a lot about the Magnus that caters to many gamers' whims and wants. For instance, customisation. RGB. And more. 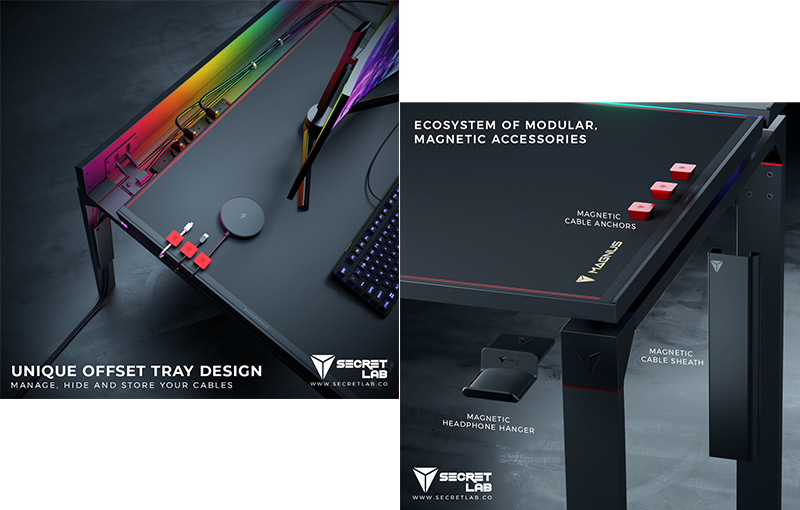 The one defining feature about the Magnus is that its chassis is fully constructed of steel, an exceedingly tough and strong material that ensures the table maintain its structural integrity even after years of usage (according to Secretlab, it can withstand loads of up to 100kg). Using steel also has the added advantage of turning the table into, literally, a magnetic base. For that, Secretlab has come up with a spectrum of magnetic accessories, from a headphone hanger, cable shealth, and even its own RGB strip. 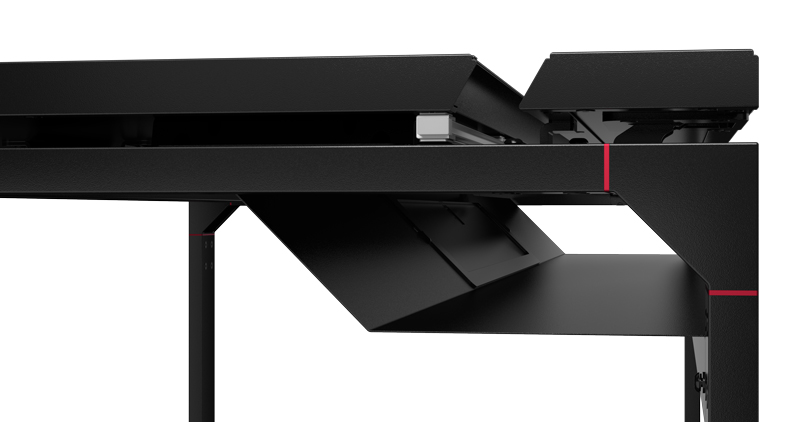 For cable management, the Magnus comes with a huge under-table cable management tray, which is accessible from a rear hinged cover at the back. But if you're wondering if it comes with an electric stand like those from Omnidesk's, well, it doesn't. You can adjust the height of the table through height-adjusters on each of the four table legs with an Allen key though. The lack of an electric stand meant that the Magnus' pricing is a lot easier on your wallet than if it comes with one. Here's a list of the pricing from Secretlab for the Magnus and the available accessories. 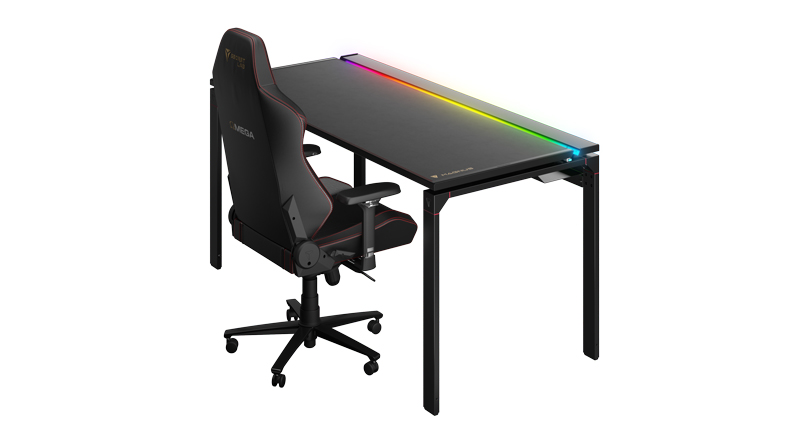 The MAGNUS is available for pre-order now at S$499 for the 1.5m variant. The shorter 1.2m variant will be available at a later date.

I've also had the courtesy of using the MAGNUS table over the past 30 days, courtesy of an early sample from Secretlab. I'll be posting my impressions separately later, so stay tuned for that one.

Join HWZ's Telegram channel here and catch all the latest tech news!
Our articles may contain affiliate links. If you buy through these links, we may earn a small commission.
Previous Story
ASUS ROG Phone 5, the gaming phone to beat, is now available in Singapore
Next Story
Omnidesk launches the Ichi (One) Collection of tabletops