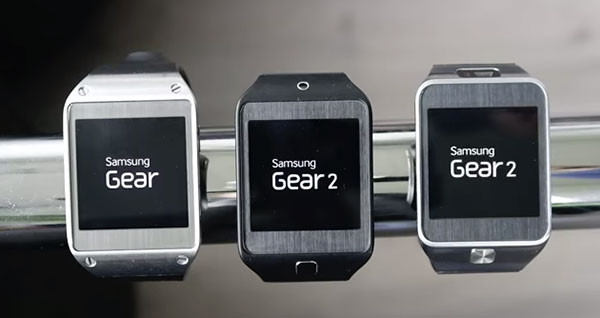 As reported by SamMobile, Samsung has started to push out a firmware update to its original Galaxy Gear (SM-V700) smart watch. On the surface, it looks like nothing has been changed, but under the hood, the Android operating system will be replaced with Tizen, a Linux-based OS that Samsung is backing, and which the company has been developing in-house for several years. In fact, the new Samsung Gear 2 and Gear 2 Neo are also running Tizen.

Other than getting most of the features on the Gear 2 (except those that depend on the presence of certain hardware, like the heart rate monitor), like a dedicated music player, customizable shortcuts, and voice commands in the camera, the Tizen-powered Galaxy Gear should also see improved battery life.

The firmware can be upgraded over Samsung's Kies software or manually (SamMobile has it in its repository) if you’re adventurous enough. But take note though, the update will wipe all your data from the smart watch, so backup your data first.

SamMobile has a video showing the new OS in action, which you can check it out below.

Join HWZ's Telegram channel here and catch all the latest tech news!
Our articles may contain affiliate links. If you buy through these links, we may earn a small commission.
Previous Story
ViewSonic Set to Unveil Its Newest Innovations at Computex 2014
Next Story
Oppo Unveils N1 Mini and Find 7 Mini