The new NVIDIA Titan X is a crazy powerful card that costs US$1,200

The new NVIDIA GeForce GTX Titan X is a crazy powerful card that costs US$1,200 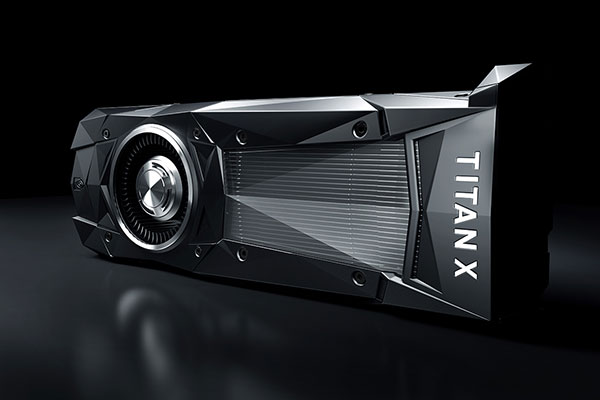 Thought the NVIDIA GeForce GTX 1080 was the most powerful card you could buy today? Well, not anymore. The king has been dethroned, and his reign didn’t even last for that long. NVIDIA has now announced – almost casually in a blog post – a brand new version of the Titan X, an absurdly fast card with an eye-watering price tag of US$1,200.

NVIDIA CEO Jen-Hsun Huang unveiled the card at an artificial intelligence meet-up at Stanford University today, and it is reportedly the result of a bet between Huang and Brian Kelleher, NVIDIA’s top hardware engineer. Huang didn’t believe that Kelleher could make a single GPU push 10 TFLOPS, so the story goes, but that’s exactly what Kelleher did with the Titan X.

So how much faster is the new Titan X than its older namesake? A whopping 60 percent says NVIDIA. The card boasts 3,584 CUDA cores – 16 percent more than its predecessor – and has a base clock of 1,417MHz and boost clock of 1,531MHz.

It also features 12GB of GDDR5X memory clocked at 10,000MHz, and a 384-bit memory bus width. Ultimately, this translates to around 480GB/s of memory bandwidth, quite a significant step up from the 320GB/s on the GeForce GTX 1080.

Unfortunately, it also looks like we’ll have to wait for the next generation of cards to see HBM2 memory.

This is a 250 watt TDP card, the same as the previous Titan X but up from the GeForce GTX 1080’s 180 watts. The card requires a 6-pin and 8-pin connector for power, and NVIDIA recommends at least a 600 watt PSU to go with it.

The new Titan X is slated to be available to buy directly from NVIDIA on 2 August in the US and Europe, but those of us in Asia will have to wait for a little while longer.

Join HWZ's Telegram channel here and catch all the latest tech news!
Our articles may contain affiliate links. If you buy through these links, we may earn a small commission.
Previous Story
See the Galaxy Note 7 from different angles in silver, gold and blue
Next Story
Samsung says it has fixed the Galaxy S7 Active's leaky waterproofing problems