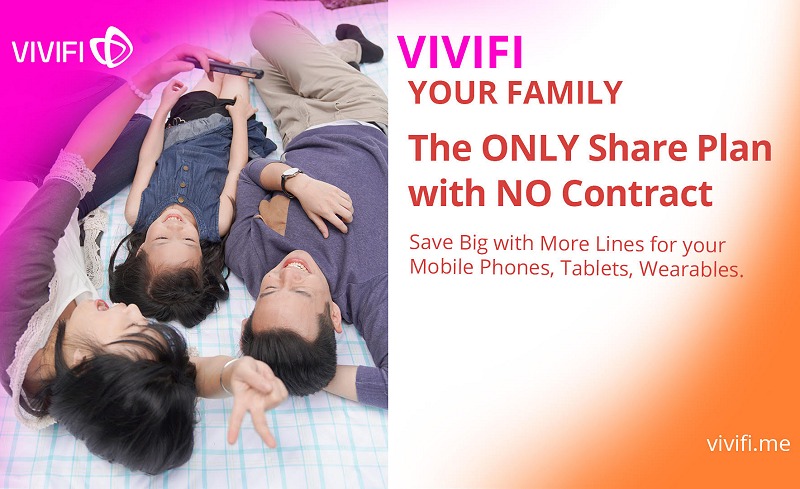 Today we welcome yet another player, but unlike most others that focus on your own needs, Vivifi offers a solution for your entire family with just one plan. But they don’t just stop there. Vivifi is also the first and only non-contract shareable mobile plan. It is also the only plan in the market where you pay for what you use and not tie you down with plan top-up commitments over a period of time, nor having to plan ahead to activate the right top-up. This means to say, finally, there is a carefree plan that grows and contracts according to your family’s usage needs that you don’t have to micromanage.

A singular plan designed to be shared

If that sounds crazy and challenging, they’ve simplified it all with their singular
Vivifi Share plan at S$29.90 per month. What you get is 20GB of data, 300 minutes of talk time and 100 SMS. Now that’s just the base plan that’s ready for sharing (data, talk time and SMS), without adding additional users.

How much to add additional users?

You can then activate Vivifi Us to add each additional user or family member at S$5.35 per month (introductory rate, but we were told it wouldn't vary too much) who can then use the main plan’s resources. In total, you can have up to 9 users – a definite plus point in cost and plan management. For the first year of use, each additional user is also allocated extra 2GB of data per month.

All users enjoy these following perks:-

Now, 20GB of data might sound like a lot for a single user, but it may not be adequate for a family in this day and age. The extra data per user added does help the overall proposition and if you were to take an average family size of four, the total cost per month can be as low as just S$45.95 (which is S$29.90 + 3*$5.35 + bonus data per user) and that nets you 24GB of sharable data among the family). That comes to about 6GB of data per person, slightly more than the average amount of data consumed per user (according to average usage stats shared by M1, Singtel and StarHub).

What if you need more data, talk time or SMS?

Vivifi More has you covered automatically for the extra amount used according to these usage tiers below. These add-ons allow you to share the collective usage of the Vivifi Share plan without monthly commitments.

So for example, if your family consumed a total of 50GB for a particular month, you would be charged an additional S$30 just for the affected month. All of these calculations are factored after the monthly cycle of usage is over, so you don’t pay more than what you use, nor do you have to plan how much data or talk time to buy collectively in advance.  A truly fuss-free usage approach that’s not yet embraced across from any other telco or MVNO offering in Singapore. Plus, if you notice the standard 1GB data block cost over the subsidized bands, it’s less than half the usual amount (which is usually pegged at S$10.70).

What about roaming calls and data?

In short, you’ve options should you have travel plans. Vivifi Go Talktime and SMS Roam, along with Vivifi Go Data Roam have you covered. The data roam packs are available in four sectors – A) Malaysia, B) Thailand, C) Asia Pacific, D) Global. These start from $$5 per GB and last a week.

If you’re thinking of calling overseas users from Singapore, Vivifi Connect offers IDD (001 and 019) call options too. (This also hints that Singtel is Vivifi’s infrastructure supplier, so you can benefit from its network’s capabilities and coverage.)

Thinking for the family of modest users 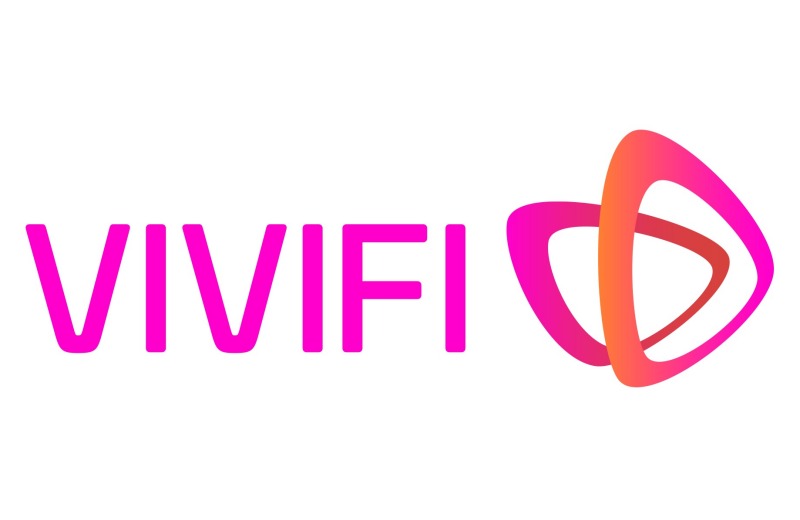 The end goal for Vivifi is to keep their plan simple, flexible and have more users share data, talk time and SMS collectively without signing a contract. Seeing that the usage trends of the latter two are generally trending downwards, Vivify focussed on addressing a decent amount of data that can be enjoyed collectively by users who are aren’t at the extreme ends of the usage spectrum. Before Vivifi came along, each family user needed to sign-up a separate plan if they prefer non-contract SIM-only offerings and that could be troublesome to manage and control costs.

Does it work for everyone?

Vivifi’s plan works out reasonably for a family of four sharing the plan where each user consumes about 10GB or less per month, which then works out to just under S$66 monthly bill collectively.

For a family of ultra-heavy users, e.g. at least 20GB per month/user, it’s probably better to opt for a Singtel Gomo plan for each user (as analyzed here).

You can head over to vivifi.me to sign-up. Suffice to say, Vivifi is embracing a web-only sign-up approach to simplify matters and adopting an all-digital registration process (similar to StarHub's Giga, but without an app). Customer after-sales support is accessible via their site’s contact details and a chatbot.

Join HWZ's Telegram channel here and catch all the latest tech news!
Our articles may contain affiliate links. If you buy through these links, we may earn a small commission.
Previous Story
Upcoming iPhones said to have new Taptic Engine and creative wide-angle feature
Next Story
Apple reportedly in “advanced talks” to acquire Intel’s 5G modem business