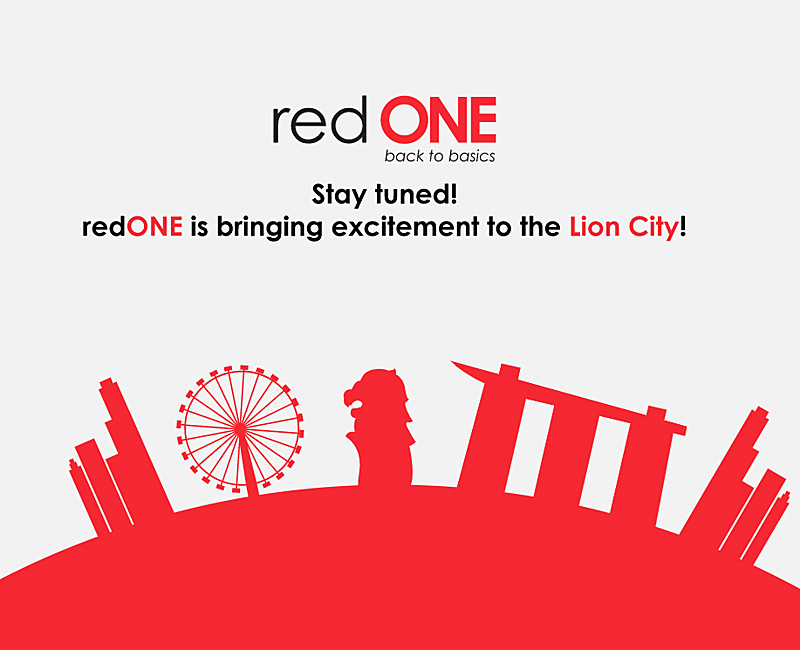 redOne has just officially launched in Singapore! As reported below, the mobile virtual network operator (MVNO) will indeed have three tiers of plan ranging from S$8 a month to S$28 a month, but they've tweaked their value added services bundle to include a new tier - redSocial Lite. This costs just S$10 a month and offers an additional 10GB of data for Facebook, Skype, WhatsApp and YouTube, thus catering to those who don't need the full 20GB top-up.

Users who need more SMS can also purchase more via the redSMS add-on. (50 SMS for $2 or 100 SMS for $3 respectively). Sign ups can only be done at authorized dealer stores, with the latest partner being Challenger Technologies Limited and its chain of stores islandwide. Starting from today, sign-ups for redOne can be processed at the Bugis flagship store, with other stores in the Challenger network set to follow suit soon.

Unique to redOne is the fact that even individuals can become redOne agents and earn perpetual recurring commissions. That's something the company is banking on to help spread news of their services even further as they hope to bring the number of "Neighborhood Centers" across Singapore to 200 within the next two years.

Here's a table of their basic plans for easy reference, with the full set of options at redOne's homepage.

This article was first published in The Straits Times, an SPH publication, on May 22, 2019.

SINGAPORE - In a trial launch of its postpaid services, mobile virtual network operator redONE on Wednesday (May 22) started offering its new low-cost mobile plans in Singapore, with monthly plans ranging from S$8 to S$28.

redONE is known as a budget postpaid mobile services provider in Malaysia, and has more than a million active users. In Singapore, redONE uses StarHub's mobile network infrastructure to deliver its services. redONE Singapore customers will not incur data roaming charges if they use their high-speed data quotas while roaming in Malaysia. Even when their data bundle is depleted, they will still be able to surf, chat and post online at a reduced connection speed, with no data roaming charges.

"What we want to create is a single redONE community linking Singapore and Malaysia, with plans that meet the needs of frequent travellers between the two countries," Francis Cheang, chief executive officer at redONE Singapore, said in a press statement on Wednesday.

During the one-month trial period, data roaming will also be free to all other countries, capped at varying data quotas based on the users' plan. The only condition for this free roaming trial is that customers must provide feedback to redOne on their roaming experiences, so that redONE can improve the service, it said.

redONE Singapore users get up to 300 minutes of free calls and 30 SMS to other local telcos as well as all Malaysian numbers. All of redONE packages also come with 1,000 free minutes to other redONE numbers.

Those who sign up during the trial launch in Singapore will receive an additional 50 minutes of call time free-of-charge. Customers who are heavy social media users can subscribe to the redSocial bundle - a monthly $18 add-on for 20GB of Facebook, Skype, WhatsApp and YouTube data. More bundles for heavy video, chat and voice users will be launched in the near future, redONE said.

Registration and SIM card fees are waived for those who sign up with redONE during the trial launch period.

Join HWZ's Telegram channel here and catch all the latest tech news!
Our articles may contain affiliate links. If you buy through these links, we may earn a small commission.
Previous Story
Small number of MacBook Air (2018) models may be affected by logic board issue
Next Story
Bosch Home Connect lets you control your kitchen from your phone