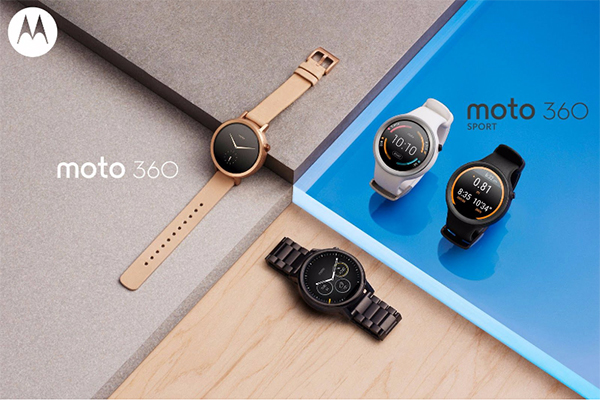 The original Moto 360 was one of the first smartwatches to actually still feel like a watch, and Motorola has held true to this design ethos in its new slate of Moto 360 smartwatches. The new Moto 360 now features lugs tailored specifically for both men and women, and polished bezels available in a variety of styles. Motorola also announced the Moto 360 Sport for fitness enthusiasts, which comes with features to help you keep better track of your workout.

Each Moto 360 case is crafted from aerospace-grade 316L stainless steel, and the watch face is covered with impeccable Corning Gorilla Glass. Compared to its predecessor, the new Moto 360 features extended lugs for a more classic design, hewing closer to what we’re used to seeing with conventional timepieces. Its IP67 rating should also serve as a fairly reliable defense against the elements.

The watch face is a high-resolution LCD display with an incredibly thin 3mm bezel, featuring the highest screen to case ratio of any smartwatch so far.

And instead of a one-size-fits-all option, the Moto 360 will come in a variety of sizes, bezel designs, and bands, including a new collection designed expressly for women. The watch will come in either 42mm or 46mm sizes for men, while the women’s collection will have just 42mm cases. 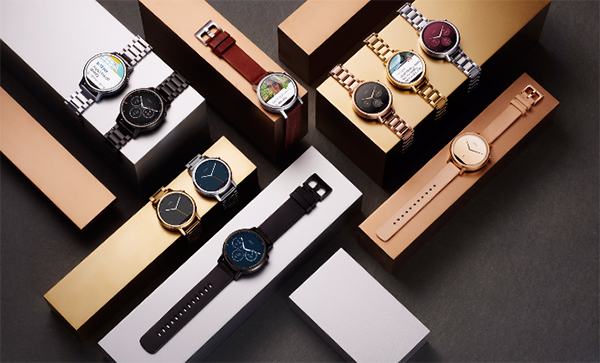 Here’s a quick look at the different options available: You can also customize the watch to your liking using Motorola’s Moto Maker online design studio. Moto Maker will only be available in the US, Mexico, UK, France and Germany, but Motorola says that other markets may be supported soon.

On the software front, a new feature called Live Dials allows you to add custom icons and shortcuts to your watch face of choice, giving you quick access to frequently used apps and key bits of information. For instance, you can set up dials on your watch face to display the battery level, weather, and even your latest fitness statistics. You can also add a Live Dial for Shazam and quickly identify the song playing. 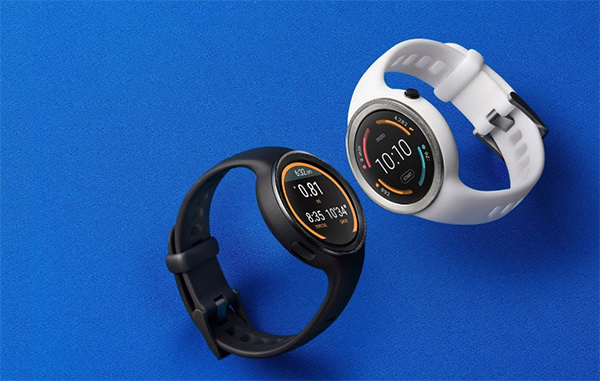 The Moto 360 Sport is designed expressly for fitness buffs, complete with durable silicone straps and a new AnyLight hybrid display that is meant to be clearly readable even under bright sunlight. The straps also supposedly feature a UV coating that wicks away moisture and resists fading or staining.

A built-in GPS (the first Moto 360 lacked onboard GPS, and it looks like the new one does as well) helps track your speed, distance, and pace, while a heart sensor tracks your vitals.

Moto Body also makes a return on the Moto 360 Sport (and the new Moto 360), helping you track your fitness statistics and providing helpful tips.

Motorola is claiming up to two full days of use on both the Moto 360 Sport and the Moto 360, although your mileage may very well vary.

US customers will be able to order the Moto 360 online from Motorola’s website, Google Play, and Best Buy starting today, and the watch will eventually come to other markets in North America, Latin America, Europe and Asia.

However, not all configurations and models will be available at the same time, and it will vary according to style. Prices range from US$299.99 to US$429.99, depending on things like your choice of bezel and watch band.

Motorola hasn’t released details for the Moto 360 Sport yet, but we expect to know more soon.

Join HWZ's Telegram channel here and catch all the latest tech news!
Our articles may contain affiliate links. If you buy through these links, we may earn a small commission.
Previous Story
LG's new Android Wear device to have three buttons, launch in the coming weeks?
Next Story
Huawei unveils 5.5-inch Mate S with Force Touch display