The new Microsoft Surface Pro is now available locally and there's even a 1TB SSD option!

The new Microsoft Surface Pro is now available in Singapore 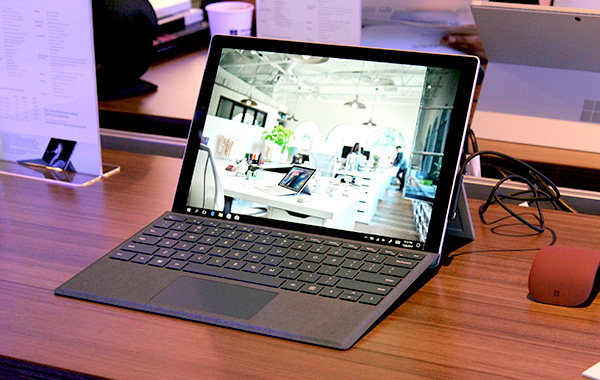 In May, Microsoft officially announced its new Surface Pro detachable notebook and it is now officially available in Singapore.

It may look highly similar to the Surface Pro 4, but it boasts numerous notable improvements.

We have detailed the improvements of the new Surface Pro extensively here. But in a nut shell, the new Surface Pro boasts Intel’s new Kaby Lake processors, a fan-less design for the Core i5 and below variants, longer battery life, a lighter design, a redesigned hinge, a more sensitive pen, and much more.

Here’s a table detailing the various Surface Pro configurations and prices, as well as prices of the Surface Pro accessories. 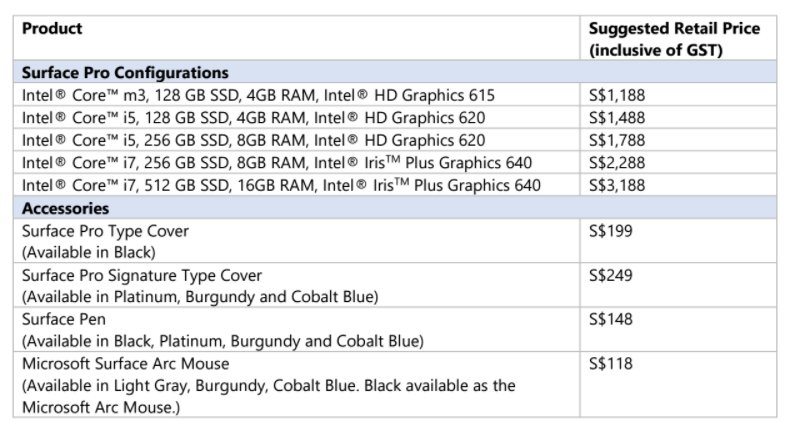 Beyond the above listed standard Surface Pro models, there is also a 1TB SSD and 16GB RAM equipped Core i7 model that's exclusive to the Microsoft Online Store. How much does it cost? S$3,888. 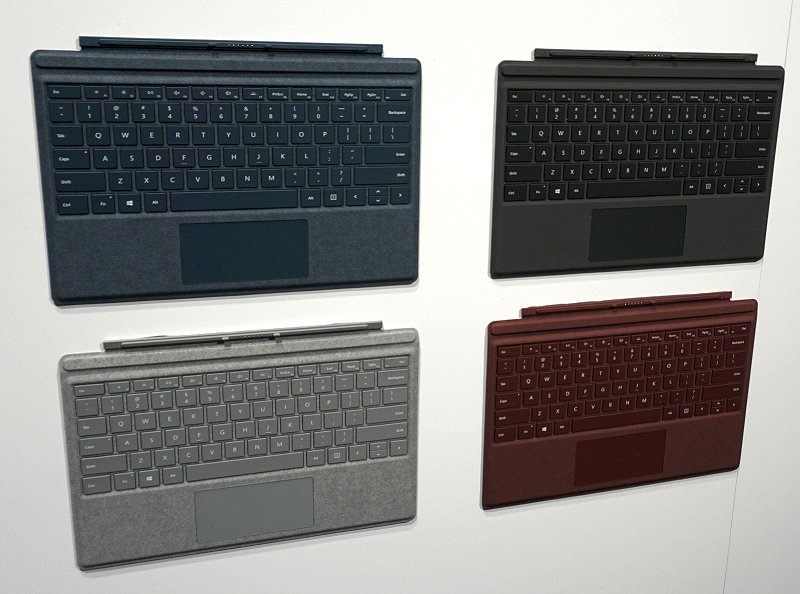 In a few lines, the new Surface Pro, while looking similar to the previous iteration, has been massively refined in several areas like being thinner, lighter, more powerful, longer battery life, quieter operation, and much more. Coming in just months after the first wave's retail availability, it's not such a bad wait after all. If only Microsoft had foreplaned the rollout, it would have eased the tension off early adopters and Surface supporters that Microsoft was ignoring this region; we don't blame them since Microsoft has chosen not to launch certain products in this region such as the Surface Book and the Surface Laptop.

Did you know some models sport a fanless design?

From our findings with the Surface product team, take note that the Intel Core m3 and Core i5 processor models are completely fanless designs, which means these Surface Pro units operate whisper quiet. Only the Intel Core i7 processor models are equipped with a cooling fan, thus the internal cooling design differs from the lower priced models. This is because the Surface Pro finally boasts Intel’s 7th generation Core processor (Kaby Lake), which guarantees better performance, improved power savings and a better graphics core. The exact CPU models used are Core m3-7Y30, Core i5-7300U and Core i7-7660U processors.

See Next: The New Surface Pro up-close in photos

Read Next: 10 things that are new and improved on the Surface Pro (2017) model

Optional purchase: The Brydge 12.3 keyboard transforms the Surface Pro into a true laptop with optional storage

Note: This article was first published on 15th August 2017 and updated with more details on 19th August.

Join HWZ's Telegram channel here and catch all the latest tech news!
Our articles may contain affiliate links. If you buy through these links, we may earn a small commission.
Previous Story
The upcoming V30 could be LG's most elegant phone yet
Next Story
The AMD Radeon RX Vega 64 graphics card is (sort of) officially available in Singapore! (Updated)