Are these the new Microsoft Surface 7 devices?

Are these the new Microsoft Surface 7 devices? 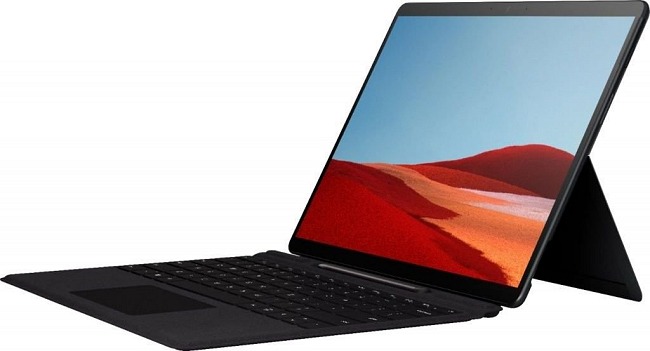 In less than a day, Microsoft is set to reveal their new Surface hardware in New York but according to Engadget, seems like some of it has been leaked by famous tech blogger and leaker, Evan Blass.

What can we expect?

The Surface Pro 7 update sounds standard, but this being a leak, we might not have the full details on what else Microsoft might have enhanced in this latest iteration. The Surface Laptop also looks to be another standard update, but if it is really powered by a mobile AMD Ryzen processor, Microsoft’s lineup might finally shake things up quite a bit.

The biggest mover yet could be upon the shoulders of the lightest and sleekest model in Microsoft’s line-up – an update to the Surface Go. If the rumour turns out right and the Surface 7 is powered by the Qualcomm Snapdragon 8cx, according to our hands-on experience of a prototype running on this platform, it can dish out a satisfyingly powerful experience for most users and consume less power than the equivalent Intel processor. This would mean a much more capable Surface Go and finally fulfilling what this series was meant to be.

What’s not yet leaked is if there’s going to be a dual-screen, 2-in-1 Surface device codenamed  Centaurus, or a pocket-able dual-screen Surface codenamed Andromeda.

We’ll be reporting live from the New York event, so stay tuned to our tweets and coverage tonight to find out if the above turn out to be correct.

Previous Story
SteelSeries brings back a classic with its new Sensei Ten gaming mouse
Next Story
Check out the first trailer for DC's Birds of Prey!