Apple has just given the Mac mini a huge performance boost proving that you can pack a big punch in a small package. The Mac mini will all feature 8th Gen Intel Core processors and configurations start from a 3.6GHz quad-core Core i3 processor, 8GB RAM and 128GB SSD. It can be configured all the way up to a 3.2GHz (4.6GHz Turbo Boost) 6-core Core i7, with massive 64GB RAM and 2TB SSD storage. Do note that the new Mac mini will only support SSD storage options now. The Mac mini will ship with macOS Mojave. 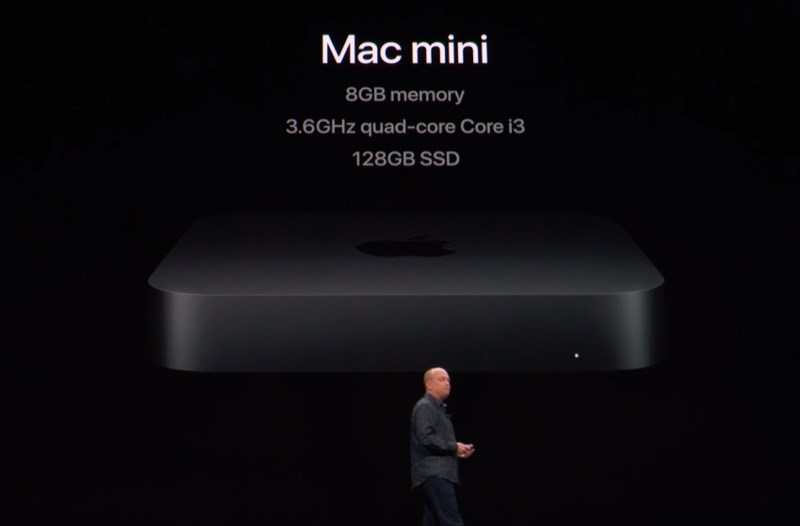 The new Mac mini will also feature Apple’s T2 Security Chip, which should provide better protection against boot process tampering. It also features a built-in SSD controller with on-the-fly data encryption, so everything on your Mac mini is automatically encrypted. Lastly, Apple claims the T2 chip is capable of 30x faster HEVC video transcoding, which would be a boon for professionals and creatives.

Like the new Macbook Air, the entire chassis of this new Mac mini will be made from 100% recycled aluminum alloy in a Space Gray finish, plus up to 60% post-consumer plastics. Apple claims that these new processes reduce the carbon footprint of the Mac mini by nearly 50%.

The new Mac mini has a starting price of S$1,179. You can order it from the online store immediately, while physical Apple Stores and Apple Authorised Resellers will carry it starting 7th November 2018.