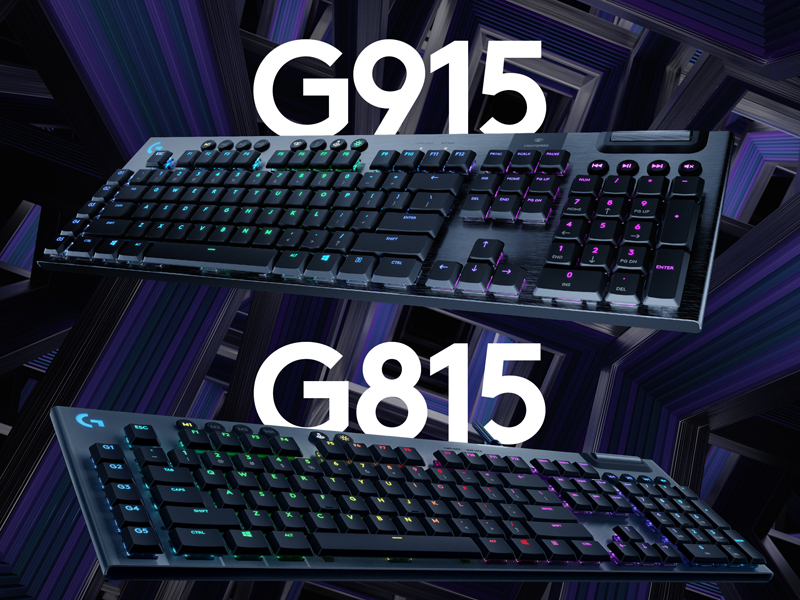 The Logitech G915 and the Logitech G815 keyboards are just 22mm thin and they both feature Lightsync RGB per key lighting. In terms of design, they appear almost identical, from the placement of the dedicated media control buttons and volume control wheel, to the five dedicated G-Keys. They feature low-profile GL mechanical switches that will better showcase the Lightsync RGB lighting effects.

Previous Story
Get Comex 2019 content and brochure updates via HardwareZone's WhatsApp service!
Next Story
Guest networks on routers are not as safe as they claim to be