The new Linksys EA9500S is an AC5300-class router on steroids

The new Linksys EA9500S is an AC5300-class router on steroids 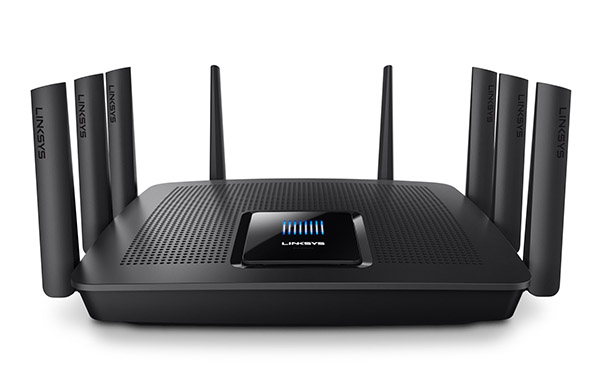 Essentially, it is an upgraded version of the EA9500 router from last year, which happens to be the winner of our Best Wireless Router award at the Tech Awards 2017.

At its heart, the EA9500S is still a tri-band router, offering a maximum data transfer rate of  5,334Mbps over its single 2.4GHz network (1000Mbps) and two 5GHz networks (2 x 2,167Mbps). It also supports MU-MIMO and is capable of delivering up to 8 MU-MIMO streams simultaneously.

As for upgrades, the EA9500S features a faster Wi-Fi chipset. This chipset, in turn, comes with a faster 1.8 GHz quad-core processor that allows the router to handle more connected devices. The older EA9500 router came with a 1.4 GHz dual-core processor. 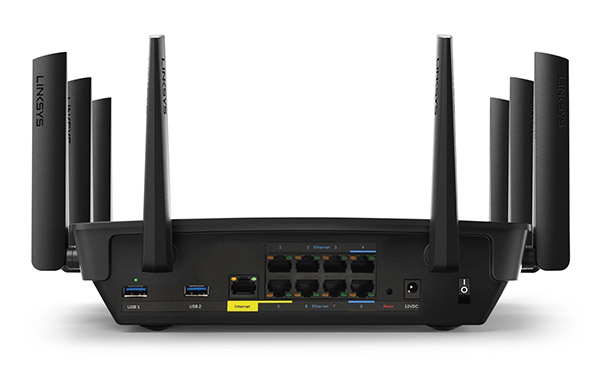 Elsewhere, the EA9500S router retains the same design and connectivity options. It is a massive router with 8 external antennas and a whopping 9 Gigabit Ethernet ports - (1 WAN and 8 LAN). It also has two USB 3.0 ports that can be used to connect to external drives and printers for file and printer sharing.