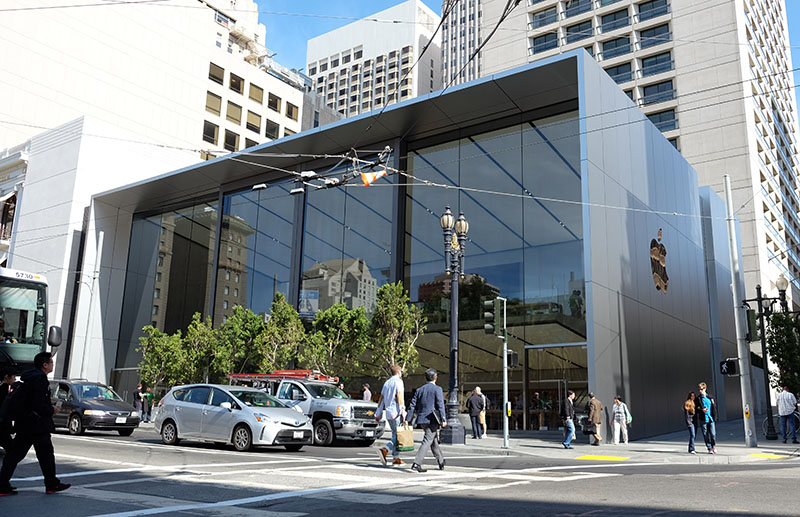 Say what you want about Apple's newest products, but Apple just announced that it had a blockbuster holiday season, with new records set for quarterly revenue, sales of iPhones as well as Services, Mac and Apple Watch.

Apple CEO Tim Cook said, "We’re thrilled to report that our holiday quarter results generated Apple’s highest quarterly revenue ever, and broke multiple records along the way. We sold more iPhones than ever before and set all-time revenue records for iPhone, Services, Mac, and Apple Watch."

Quarterly revenue for the first quarter of 2017 that ended on 31st December 2016 was a whopping US$78.4 billion - an all-time high. Apple also reported a profit of US$17.8 billion, which, though not an all-time, is still not too shabby given the current economic outlook.

And despite what some people may think about the new iPhone 7 and iPhone 7 Plus, there's no denying that they are hot sellers.

According to Apple, they sold over 78 million iPhones. Though this figure includes the older iPhone 6s and iPhone SE, we reckon that a large percentage of the sales were made up by Apple's newest phones.

Though the new MacBook Pro with Touch Bar has been largely criticized by users, Apple still sold 5.37 million Macs over the last quarter with revenue going up 7% year-on-year to US$7.24 billion.

Services, which is comprised of the App Store and other products like iCloud and Apple Music racked up US$7.17 billion in revenue - an improvement of 18% year-on-year.

Though Apple CEO Tim Cook said that the Apple Watch had its best quarter ever, the company did not reveal exactly how many units in sold.

Unfortunately, sales of iPads continue to disappoint as Apple sold 13.1 million iPads, which is 22% less compared to the same period last year. Revenue for iPad sales was therefore down a significant 19% to US$5.5 billion.

Apple reportedly has over US$200 billion in its coffers now and could look to deploy them in other businesses. Apple has been rumored to be working on an electric car and the company seems to increasingly interested in creating original content for its own services like Apple Music.

Join HWZ's Telegram channel here and catch all the latest tech news!
Our articles may contain affiliate links. If you buy through these links, we may earn a small commission.
Previous Story
Google Chrome for iOS is about to get a lot better
Next Story
Microsoft details Edge browser improvements in the Windows 10 Creators Update