The new HP Spectre x360 is thinner, lighter, and more powerful than before

The new HP Spectre x360 is thinner, lighter, and more powerful than before 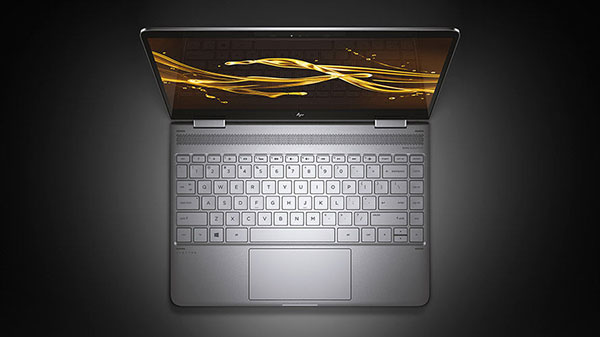 HP has announced an updated Spectre x360 convertible that now comes with the latest seventh-generation Intel Kaby Lake processors. But in addition to the extra processing horsepower and potential battery life improvements, the new device also features a thinner, lighter and better looking design than the previous model.

It comes with either an Intel Core i5 or i7 U-series Kaby Lake processor, up to 16GB of RAM, and a 1TB PCIe SSD. It also features a larger battery now, which HP says can be charged up to 90 per cent in just 90 minutes. When combined with the battery life improvements offered by Kaby Lake, especially in the area of 4K multimedia playback, you should find yourself worrying about being away from a power point a lot less.

In fact, HP says that Spectre can last up to 15 hours, a 25 per cent improvement from before.

In addition, it is just a svelte 13.8mm thick now, and an impressive 11.8mm narrower than the outgoing model. According to HP, it redesigned the hinge to help bring down the overall size and profile of the Spectre x360. At 1.29kg now, it's also  lighter than the older model's 1.45kg.

The company also added in a quad-speaker array tuned by Bang & Olufsen – this sounds good on paper, but we’ll have to reserve judgement for when we actually get our hands on a unit.

Other design tweaks include a thinner bezel – HP shaved off almost 10mm from the left and right edges – although the top and bottom bezels are still fairly thick. The 13.3-inch touchscreen IPS display has a resolution of 1,920 x 1,080 pixels, which isn't particularly groundbreaking but is probably more than sufficient.

Like its competitors, HP has also embraced the Thunderbolt 3 interface, and it features two USB Type-C Thunderbolt 3 ports, in addition to a single USB Type-A port. That said, it lacks any dedicated video outputs like HDMI or even a mini DisplayPort connector.

It is available in the US now starting at US$1,050. We’ll update when we have news on local price and availability.