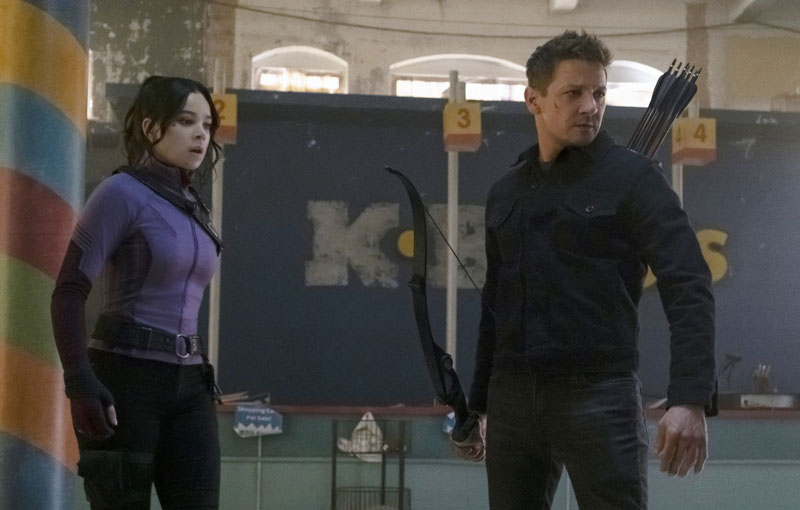 Disney Plus has revealed that its next Marvel Studios series Hawkeye will launch with not one, but two episodes on 24 November, 2021. The streamer also released another trailer to announce the good news, featuring more banter between Kate Bishop and Clint Barton and… an Avengers musical?

Hawkeye’s new double-episode premiere means that the series will come to a close on 22 December, 2021, days before Christmas and a week before The Book of Boba Fett’s debut. It’s possible that Disney wants to space out their big flagship launches as much as possible, hence its decision to end Hawkeye one week early.

Hawkeye is set in a post-Blip New York City, where Clint Barton AKA Hawkeye finds himself in a reluctant teamup with Kate Bishop, a 22-year-old archer who happens to be his biggest fan. The Avenger just wants to get back home to his family in time for Christmas, but he and Bishop will have to beat back an onslaught of bad guys and unravel a criminal conspiracy first.

Join HWZ's Telegram channel here and catch all the latest tech news!
Our articles may contain affiliate links. If you buy through these links, we may earn a small commission.
Previous Story
Battlefield 2042's new survival game mode gets shown off in frantic new trailer
Next Story
Call of Duty is rolling out a new RICOCHET Anti-Cheat initiative for Warzone and Vanguard