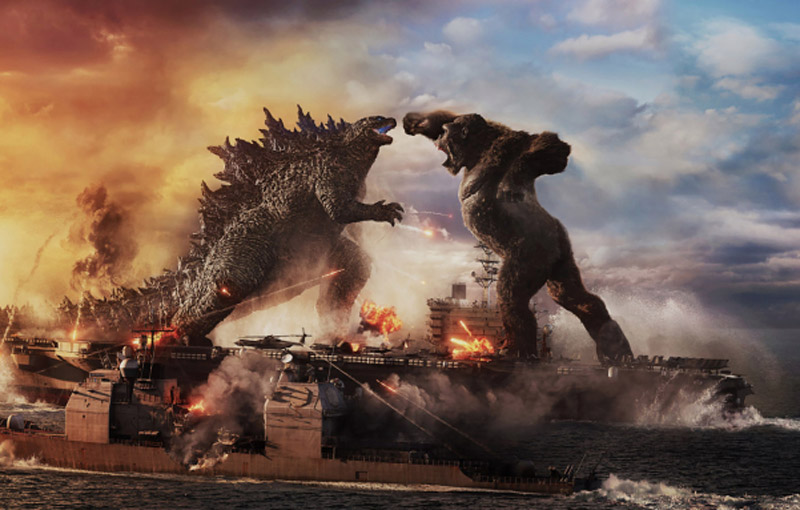 My money’s on Godzilla.

Warner Bros. Pictures and Legendary Entertainment have finally released their first trailer for Godzilla vs. Kong! This will be the fourth installment in Legendary’s Monsterverse franchise, set after the events of Godzilla: King of the Monsters. Recently, the movie was pushed up to a March 26, 2021 release date, with a simultaneous release in theaters and on HBO Max.

Watch the action-packed trailer below:

Godzilla’s affinity for planet Earth usually has the atomic fire-breathing lizard in the position of saving humanity, which he has done by fighting off various kaiju threats for his last two films. This time however, Godzilla’s going rogue - killing humans and destroying entire battleships, and no one can figure out what has caused this sudden moral heel-turn. The King of the Monsters seems hellbent on killing King Kong, but why?

Wingard has made it clear that he wants the movie to have a definitive winner, and King Kong has grown up a ton since his adventures in Kong: Skull Island (which took place in 1973) to take Godzilla on. The two monsters will tussle on battleships and neon-lit cities, though some other winged monsters also join the party later on. We’ll have to wait until March to see which King takes the throne!

Our articles may contain affiliate links. If you buy through these links, we may earn a small commission.
Previous Story
Microsoft says it "messed up" and cancels the Xbox Live Gold price hike
Next Story
Aztech’s Kyla Gen 2 smart ceiling light uses technology to help you sleep better