Note: This article was first published on 25th April 2019. 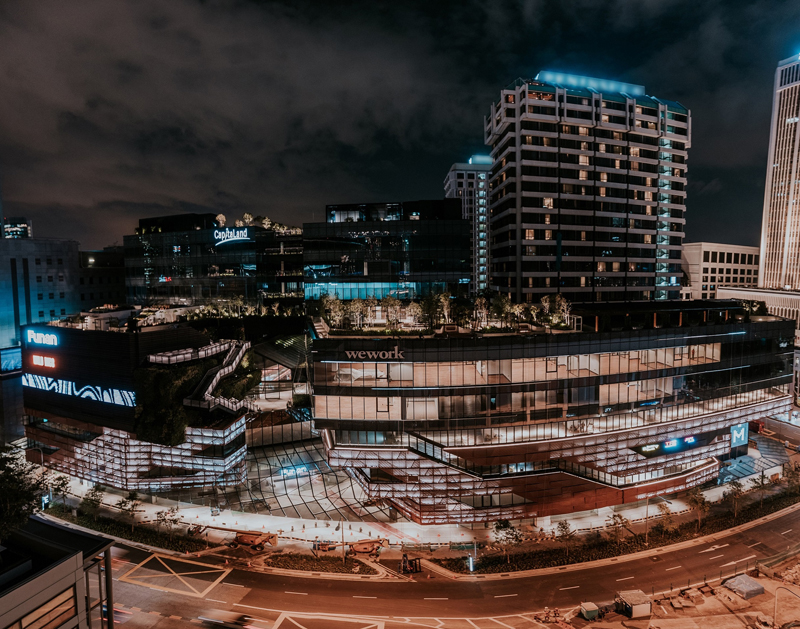 The new Funan Mall has just obtained its TOP (Temporary Occupancy Permit) and slated to open its doors by Q2 this year.

The new Funan Mall has a total floor area of 887,000 square feet, which is about 85% larger than its predecessor Funan DigitaLife Mall. The revamped mall will include office blocks that will house tenants that include established MNCs and co-working office space for the new age workforce. Access to office space will be controlled by facial recognition technology so tenants can say goodbye to cumbersome access cards. There will also be serviced apartments from lyf, The Ascott Limited’s flagship service for extended stay.

Not forgetting its roots as a major IT retail mall, the new Funan Mall seeks to bring shopping experience to newer levels starting with its push notification service to shoppers and alert them to deals at their favorite outlets.

The mall plans to introduce its hands-free shopping concept where retailers make use of an in-mall delivery robot that will pick up orders and deposit them at collection boxes. Customers can then pick up their orders at their own convenience. There’s also a 24-hour drive-through collection facility where shoppers can retrieve their purchases.

For the environmentally-conscious consumer, Funan Mall will feature indoor cycling tracks, complete with cycling amenities for folks with those two-wheelers. For those who eschew driving or cycling, they will be pleased to know of the new direct underpass from City Hall MRT, making it more convenient to hop off the MRT to the new mall.

To keep things fresh, Funan Mall will house a rooftop urban garden whose produce will be featured in farm-to-table fare at the mall’s restaurants. There are also artisan shops to cater to the hipster crowd. As an inclusive facility, Funan Mall will offer event venues where workshops can be conducted for interest groups and access to the venues are controlled by digital locks.

Funan Mall promises to banish the bane of locating your parked car in multi-level carparks with its carpark wayfinding system that will guide the driver, via his smartphone, to his car. The system can also guide the incoming driver to his reserved carpark space as he makes his way to the mall.

In order to relish the exciting new offerings of the new Funan Mall, it’s only fitting that we revisit our fond memories of the former Funan DigitaLife Mall with our 360 video tour or our ‘historical’ picture gallery of Funan. Last of all, do check out our Funan feature pieces that have been conveniently curated here.

Read Next (2): Final Funan: The 'Do You Remember?' Edition

Read Next (3): Here's a list of ALL our Final Funan articles!