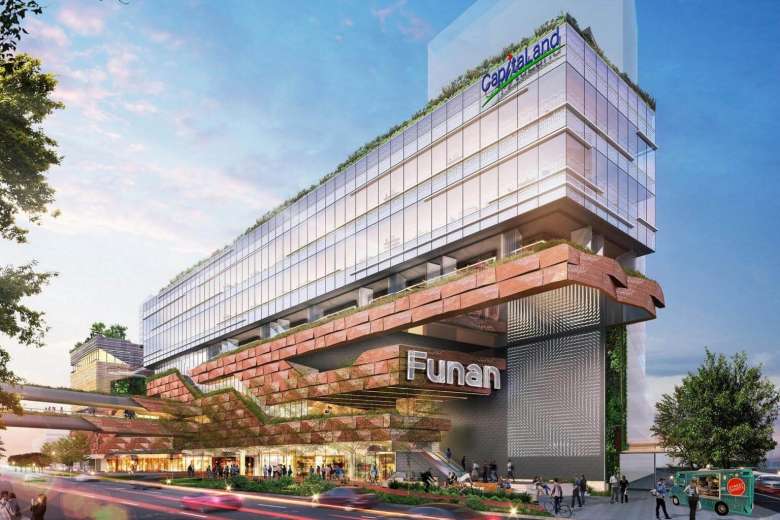 The former IT mall, which closed its doors on June 30 after 31 years, is being redeveloped into a mixed-use complex that will comprise two office towers, serviced residences and six floors of retail stores.

Details were revealed at a groundbreaking ceremony to mark the start of redevelopment works, which will nearly double the complex's floor area to 887,000 sq ft and take three years to complete. 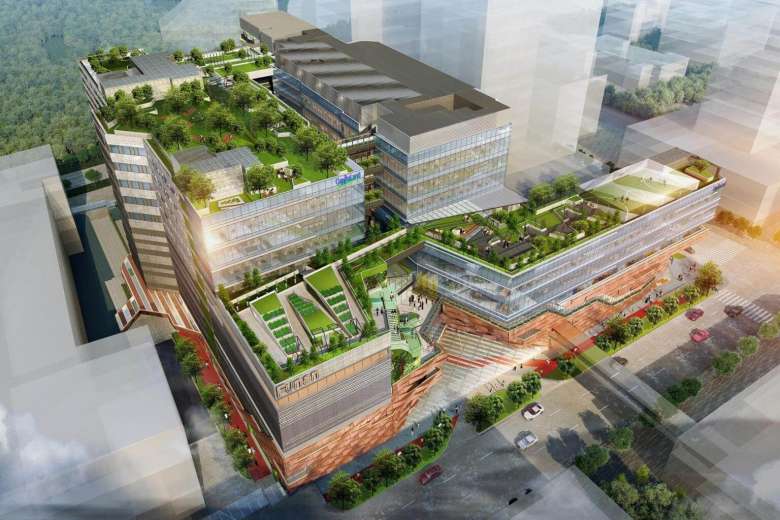 Golden Village's new cineplex will offer a multi-sensory experience, while Kopitiam will introduce a high-tech food court called KOPItech, which will feature robotic vacuum cleaners and self-ordering kiosks, among others.

Sporting culture will feature prominently in Funan, with the addition of a futsal court, gym and a flexible space that can be turned into a basketball court at night using laser projections, CapitaLand Mall Trust said.

Apart from indoor cycling lanes, there will also be bike shops, bike cafes, lockers and shower facilities for cyclists.

While a floor of the mall will be dedicated to IT products, it will also incorporate workshops and other interactive elements.

A six-storey wooden and steel structure called The Tree Of Life will be the centrepiece of the complex, and will house open spaces and studios that promote new forms of retail and learning, such as spaces for local designers and makers to showcase their craft and conduct classes. 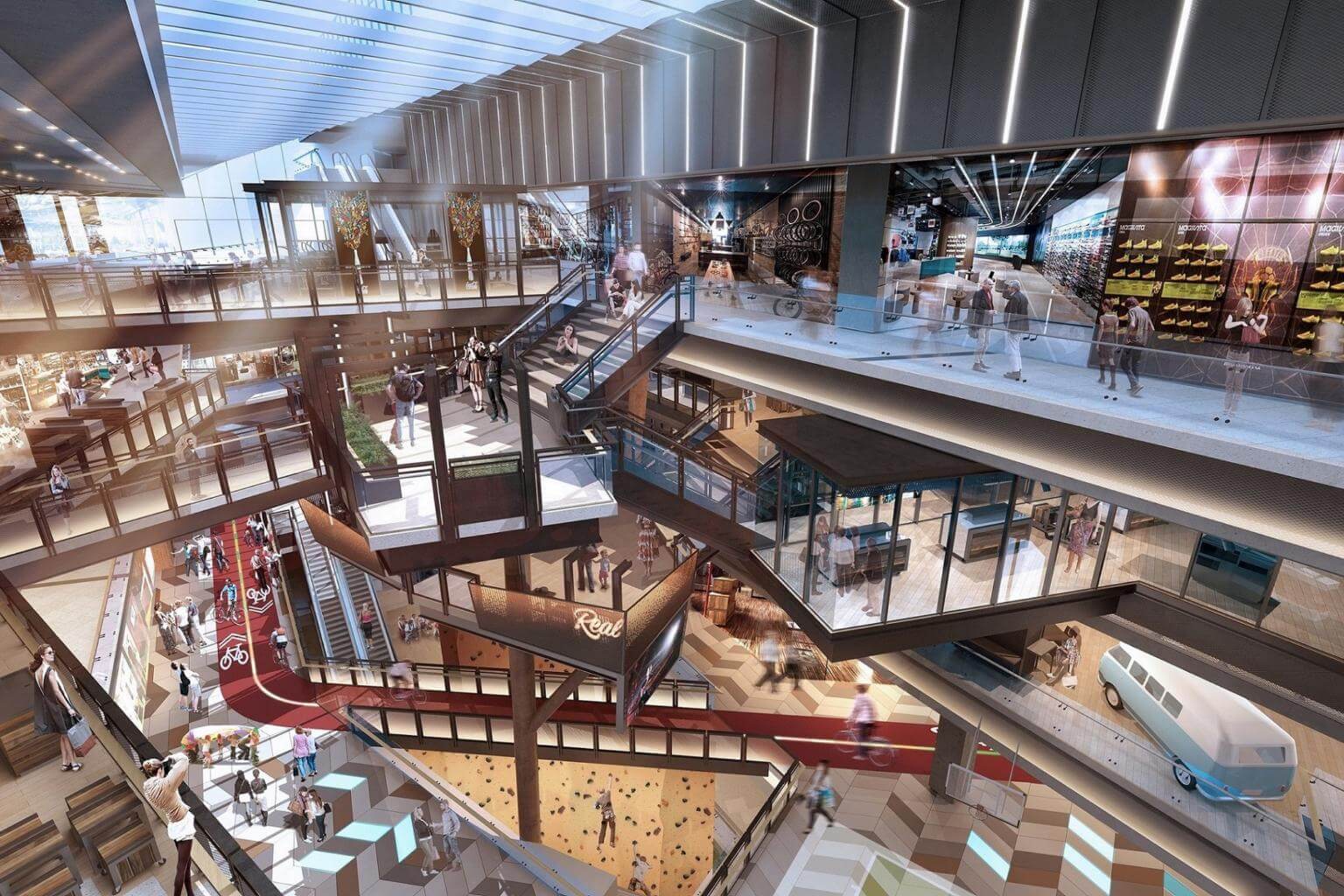 Other new concepts include a drive-through for collection of products ordered online, and a 4,000 sq ft urban farm.

CapitaLand Mall Trust Management chief executive officer Wilson Tan said that the new Funan will be a lifestyle hub that will cater to a new generation of tech and socially savvy consumers.

"We look forward to more partners coming on board the retail innovation platform," he said.

To check out our Funan coverage before its closing, click here.

Our 360-degree video of Funan's last days can be found here.