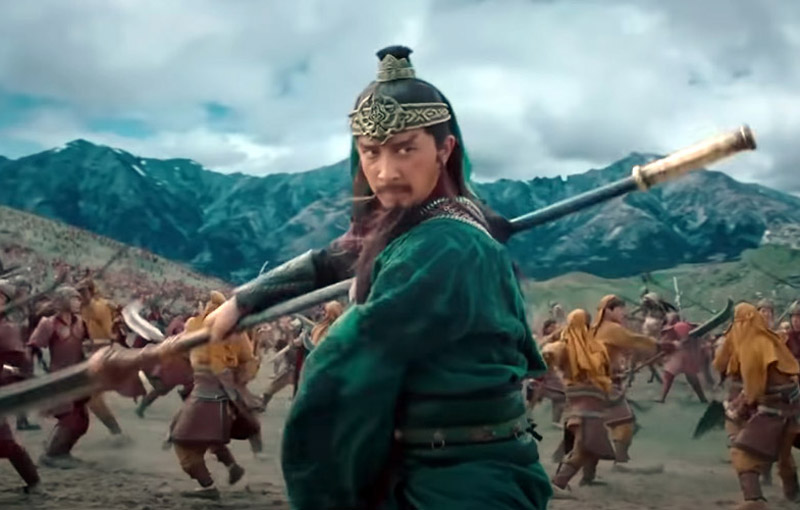 The hack-and-slash Dynasty Warriors game franchise is getting a movie adaptation. The movie, aptly titled Dynasty Warriors, has received a wild new trailer ahead of its release in Hong Kong and Mainland China on 29 April. Unfortunately, we don’t have a local release date for the film yet.

This adaptation looks absolutely bonkers, bringing all of the game's iconic large-scale battles to life with no small amount of camp. It draws inspiration from the Three Kingdoms period of Chinese history, and you’ll see characters from the games - Liu Bei and Zhang Fei, played by Tony Yang and Justin Cheung respectively - face off against the villain Lu Bu, played by Louis Koo. Variety reports that ex-Super Junior band member Han Geng will cameo as Guan Yu, too.

The movie is directed by Roy Chow Hin-Yeung. If you were worried Dynasty Warriors would tone things down for a live-action format, rest easy. It looks like they’re really leaning into the fun, ridiculous nature of the games while staying loyal to the original character designs. This movie actually finished production back in 2017, and has taken four years to arrive in theatres. Hopefully, it won’t take too long to hit local shores too.

This article has been updated to fix incorrect casting details.

Join HWZ's Telegram channel here and catch all the latest tech news!
Our articles may contain affiliate links. If you buy through these links, we may earn a small commission.
Previous Story
Samsung’s 2021 QuickDrive washers save power, water, time, and may even bring about world peace
Next Story
Global chip shortage expected to hit phone shipments this year