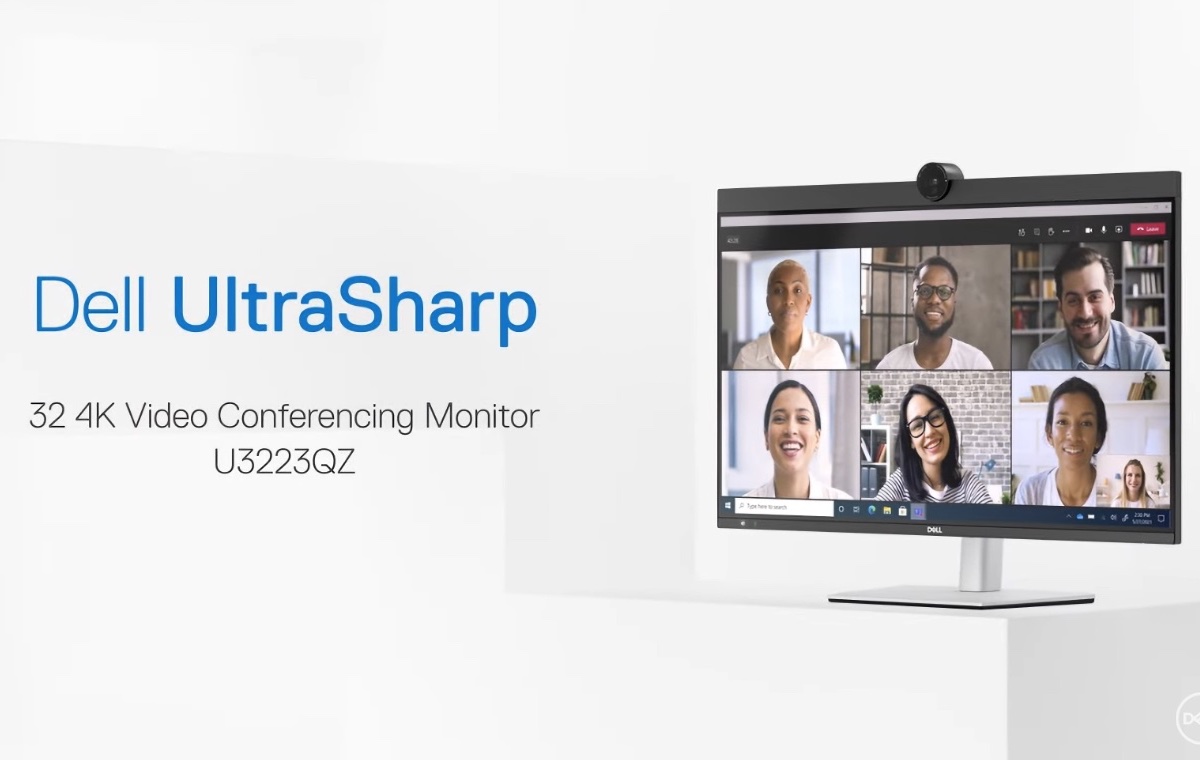 Unlike other tech vendors who have been making their monitors slimmer with virtually no bezels, Dell has gone the other direction and released a new monitor, the Dell UltraSharp U3223QZ.

But what they’ve done is pack the top of the monitor with everything you’d need to conduct a crisp, clear video call, including a Sony 4K HDR STARVIS CMOS sensor webcam, a pair of noise-cancelling microphones, and two 14W speakers.

And like other modern monitors, it connects with a single USB-C cable, which will provide both the video signal to the screen and power to your laptop with up to 90W of power.

Dell recently spoke about “Concept flow” and making it easier and more seamless for users who move between devices. Part of this was where to mount webcams to better read body language or social cues while maintaining eye contact and taking notes or presenting slides.

So, although the camera seems to be firmly mounted to the middle of the U3223QZ, it can tilt and adjust for a better camera angle. It also features an adjustable field of view you can switch between 65, 78 or 90 degrees depending on how much your environment you want your contacts to see. It will record and playback 4K streams at 30 frames per second or 1080p resolution at 30 or 60 fps. Best of all, the webcam works seamlessly with Windows Hello, so you don’t need to keep typing your password to unlock your notebook or PC and is certified for Teams with a dedicated Microsoft Teams button.

The display itself is a 31.5-inch 4K IPS Black capable panel here with a brightness of 400 nits and runs at 60Hz. So, it isn’t really a gaming monitor. The screen covers 98% of the wide DCI-P3 colour space and is VESA Certified for DisplayHDR 400.

It can also act as a central hub giving users access to five 10Gbps USB-A ports, Ethernet, another USB-C port, and daisy-chaining another 4K monitor if PC supported. It also has a built-in KVM, which lets you use one pair of peripherals with multiple computers. 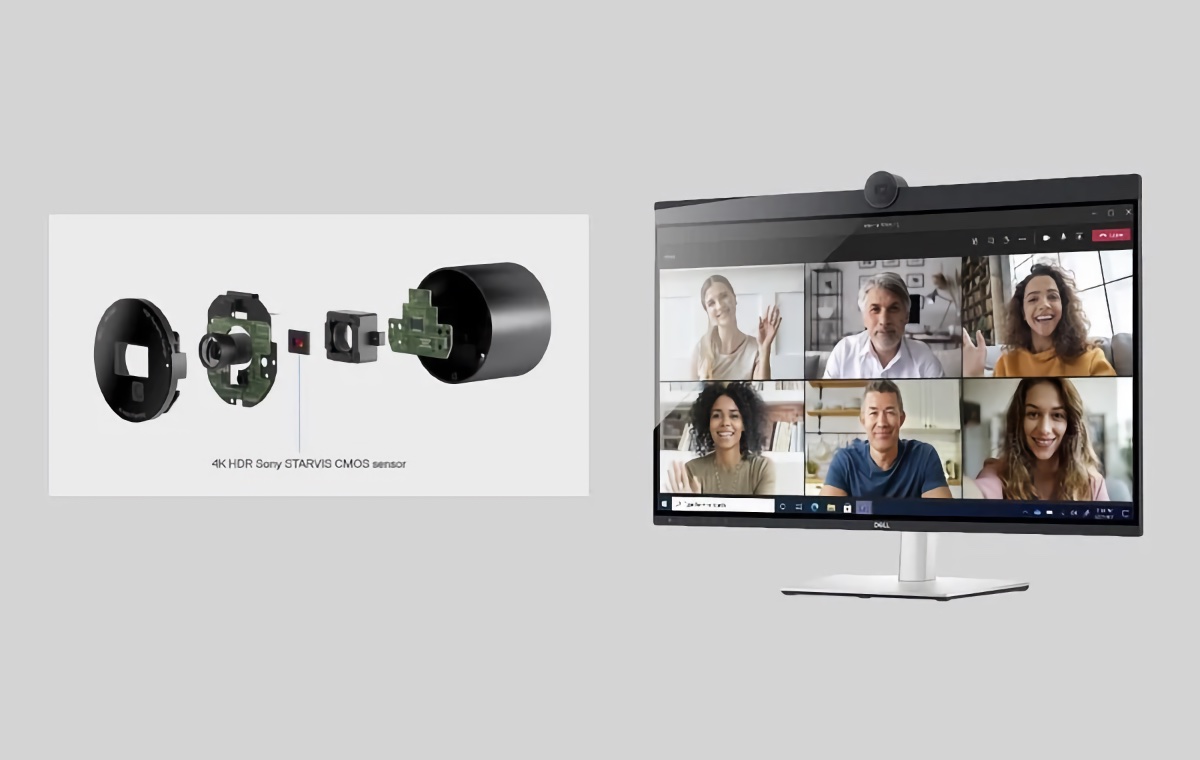 Dell has said they will begin selling the UltraSharp U3223QZ in the United States at the end of March 2022 but have yet to release a price. We will update this article with more information when we get it.

Join HWZ's Telegram channel here and catch all the latest tech news!
Our articles may contain affiliate links. If you buy through these links, we may earn a small commission.
Previous Story
Hisense turns to mini-LED to power their new 8K TVs
Next Story
Belkin launches new Soundform Immerse wireless earbuds with hybrid active noise cancellation