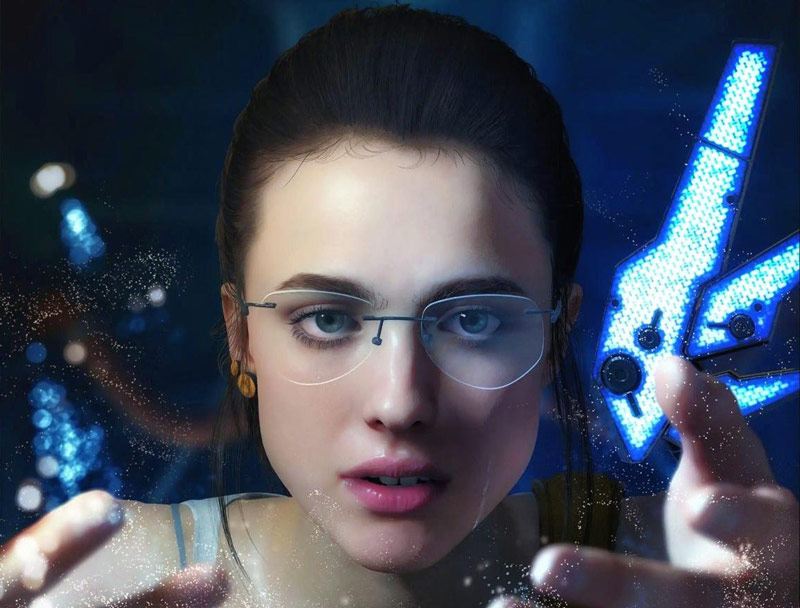 Gamescom Opening Night Live recently graced us with more Death Stranding gameplay and character trailers. Much like the rest of this enigmatic game’s marketing, it’s just as bizarre as it is interesting.

Hideo Kojima is eccentric to say the least, and that often shone through in Metal Gear Solid games in the most brilliant way. It looks like Death Stranding won’t be any different, just based off of the few character trailers we got during the show. The first one focused on a character named Mama, which you can watch below.

Mama’s baby was born on the other side, and thus exists on a separate dimension from ours. Confused? That might be what Kojima’s going for here. She’s connected from the baby despite this, and can’t move from her current location for its safety. Margaret Qualley plays Mama in this, after starring in Once Upon A Time In Hollywood, The Nice Guys and The Leftovers among other things.

We also got a good look at Deadman, a character based on Guillermo Del Toro’s likeness.

The hologram-y Deadman seems to be the resident baby expert. Or rather, he’s the Bridge Baby expert (BB, as he calls them). He explains that BBs are taken from comatose mothers and used as a sort of battery. Using one allows Sam to see Beached Things (BTs) and combat them. It’s clear that Sam looks at his BB as more than just a battery, though.

If I were to explain this footage in one word, I’d go with ‘what?’. First, we get a glimpse at a sleeping mechanic at the start of the footage as Sam wakes up, and then immediately get into peeing mechanics. No, you didn’t misread that. Peeing mechanics.

I mean, we’ve seen Sam drink before in other trailers, so this weirdly makes sense. You can even see the volume of pee Sam has bottled up and watch it tick down as he relieves himself (Editor's Note: Say whaaat...?). Apparently, something happens if enough people pee in the same place, and we get a glimpse of that when a shining mushroom starts growing where Sam peed. 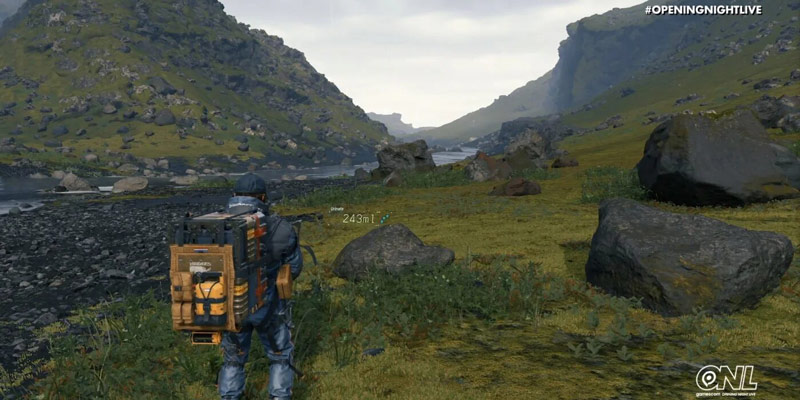 The best part of it all is that Kojima confirmed that we can use Sam’s pee as a weapon, which just raises so many questions! How? On who? Why? Kojima also emphasised that we wouldn’t be able to see Norman Reedus’ twig and berries, as he’ll always turn away from the camera if you try to sneak a peek. Important information guys.

Geoff Keigley is also in the game, playing a character named Ludens Fan. He’s a friendly hologram in some sort of RV-looking contraption who seems to give you a bunch of fetch quests. Right after, Sam steps off a cliff and falls face flat on the ground. The BB gets upset, and Kojima explained that when this happens, you have to use the PS4 controller’s motion controllers to calm it down. Technology!

Kojima also mentioned that this was just a portion of the footage he’ll show off at Tokyo Game Show, which runs from 12 to 15 September 2019. God knows what other ‘mechanics’ we’ll see then.

Death Stranding releases on November 8, 2019 for the PlayStation 4.

Join HWZ's Telegram channel here and catch all the latest tech news!
Our articles may contain affiliate links. If you buy through these links, we may earn a small commission.
Previous Story
Apple to ship USB-C charger with 2019 iPhone models?
Next Story
Keanu Reeves, Carrie Anne-Moss and Lana Wachowski are reuniting for The Matrix 4