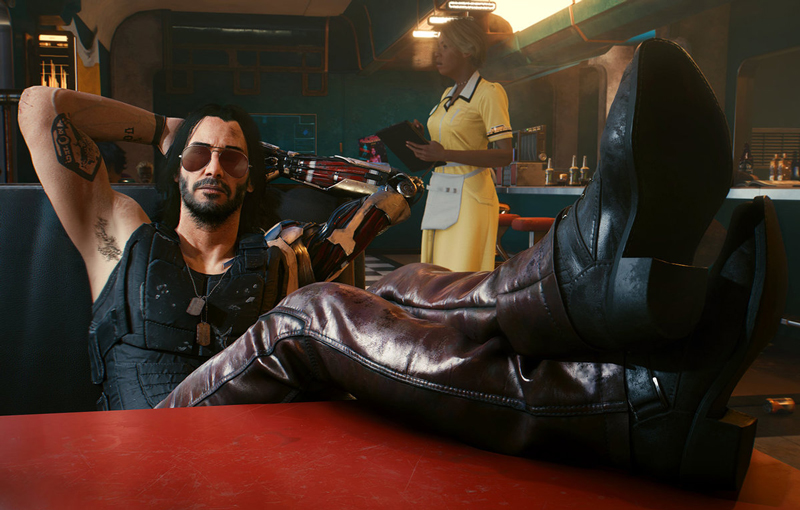 Should you get Cyberpunk 2077 on current or next-gen consoles (if you managed to snag one)?

CD Projekt Red has released a special Night City Wire video to give fans a look at the difference between Cyberpunk 2077’s Xbox One X and Xbox Series X versions. The game is running on Xbox Series X with backwards compatibility, but additional next-gen upgrades are coming in 2021.

Check out the video below:

Even without the upcoming next-gen upgrades, it’s clear that Cyberpunk 2077 plays best on the Xbox Series X. Towards the end of the video, V walks along a neon-lit street shown off using both versions of the game. On the Xbox Series X, the wet road has a higher level of detail in its reflections. It looks slightly worse on the Xbox One X, though not by much.

As for the gameplay, the video follows V, the game’s protagonist as she takes on a quest in the game. For the sake of time and spoilers however, a lot of the story has been cut out - but we do get a meaty look at Night City itself. V travels into new districts, enters clubs, gets into firefights and has conversations with other characters. Her relationship with Keanu Reeves’ character Johnny Silverhand is also testy at best, but it’s fun to watch him glitch into different environments and offer commentary.

Cyberpunk 2077 looks fantastic on both consoles, though you might want to opt for the latter to get the most out of your experience in Night City. In a press release, CD Projekt confirmed that a similar gameplay video for PlayStation is also planned for release. A date for that video will be revealed via the game’s official channels in the near future.

Cyberpunk 2077 is currently planned to launch on December 10, 2020. I say planned, because the game has already been delayed thrice. It was originally meant for release in April before it was delayed to September, then November and now December.

Back in September, it was reported that CD Projekt Red had moved to six-day work weeks to crunch ahead of its launch date. Hopefully, that doesn’t mean that they have been crunching for months now - but that would be wishful thinking.

Our articles may contain affiliate links. If you buy through these links, we may earn a small commission.
Previous Story
The first trailer for the Tom & Jerry movie is full of slapstick violence
Next Story
PSA: You need a 27W or higher USB-C power adapter to get 14W wireless charging from the MagSafe Duo Charger